The so-called Cuban justice, which is nothing more than another of the pathetic military arms of the political police of the dynastic dictatorship which is clinging to power for more than half a century, has shown – once again, of course – the audacity and impunity with which it always tramples on the law and the rights of those on the island, believing that we would sit idly by, complicit in another violation of the law and ethics.

On the 11th of February, Ángel Santiesteban’s former defence lawyer, Miguel Iturria, presented before the Havana Court of Appeals a request for clarification on the sentence imposed on the 15th of January 2013, regarding the serious irregularities which occurred during the whole trial and sentencing. The request, which would have been responded to if Cuba was a state which adhered to the rule of law, never received an answer.

On July 4th, Ángel Santiesteban-Prats’ new lawyer, Amelia Rodríguez Cala, presented to the Judgement Appeals Review, complying with all arranged elements under existing law, demonstrating that the trial was based on offenses which were not proven because he did not commit them, the use of false testimony on the part of the prosecution, refusal to accept testimony showing the defendant’s innocence, scandalous links between the political police and judicial the bodies which violate the separation of powers, and judicial irregularities throughout the whole process. Nor, until today, has there been a response to that request for review of the trial and on August 28th, Angel marked 6 months in unjust incarceration.

A few weeks ago, the lawyer Muguel Iturria received the ruling in response to the request for clarification on the sentence which was made on the 11th of February. On the 8th of August the answer to his request was, as many feared, negative.

That they have announced this ruling 6 months after clarification was requested and that this announcement happens “coincidentally” at a time when a response to request of the lawyer Rodríguez Cala is expected, once more provides evidence and lays bare the scandalous justice of Castro, revealing that it only works for those who are driven by opportunism and political maneuvering, trying to outwit those who proceed according to law. This time they have done this with another blatant overbearing maneuver which doesn’t adhere to what is established in law, to avoid being told that justice does not answer the claims of citizens. However such maneuvers don’t fool anyone, it proves once again that in Cuba justice doesn’t exist, they lost another opportunity to rectify their violations of the law against Ángel and, at least for once, to do justice.

This unjust ruling adds to the lengthy record that teaches the world how in Cuba there is no rule of law, as they violate human rights and there is no separation of powers in the state.

Raúl Castro Ruz, the world is watching you: sooner rather than later, those who shall be accountable to justice shall be you and your minions. 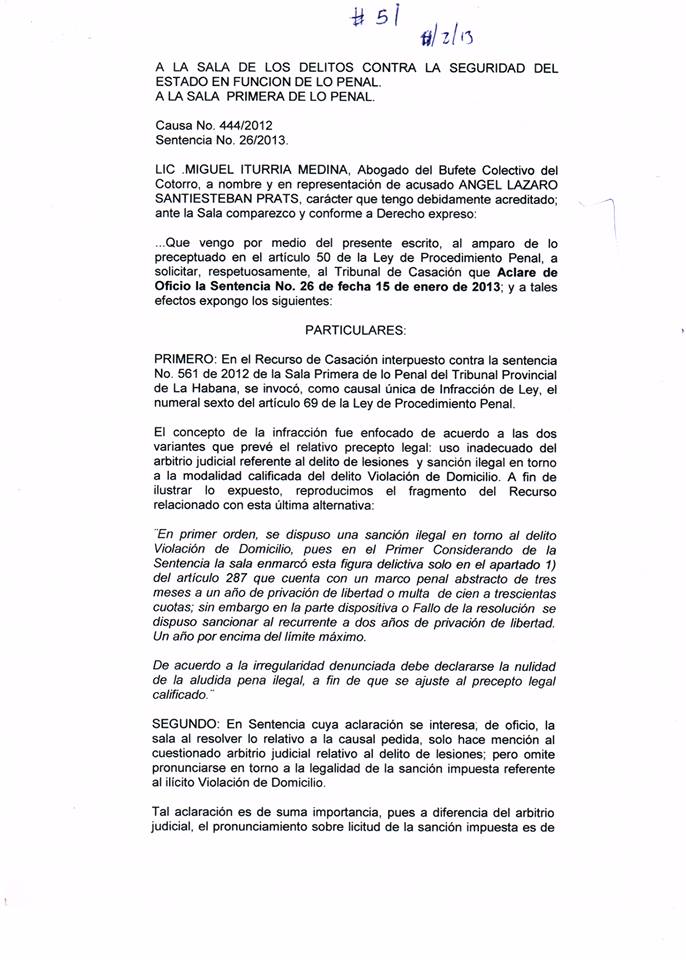 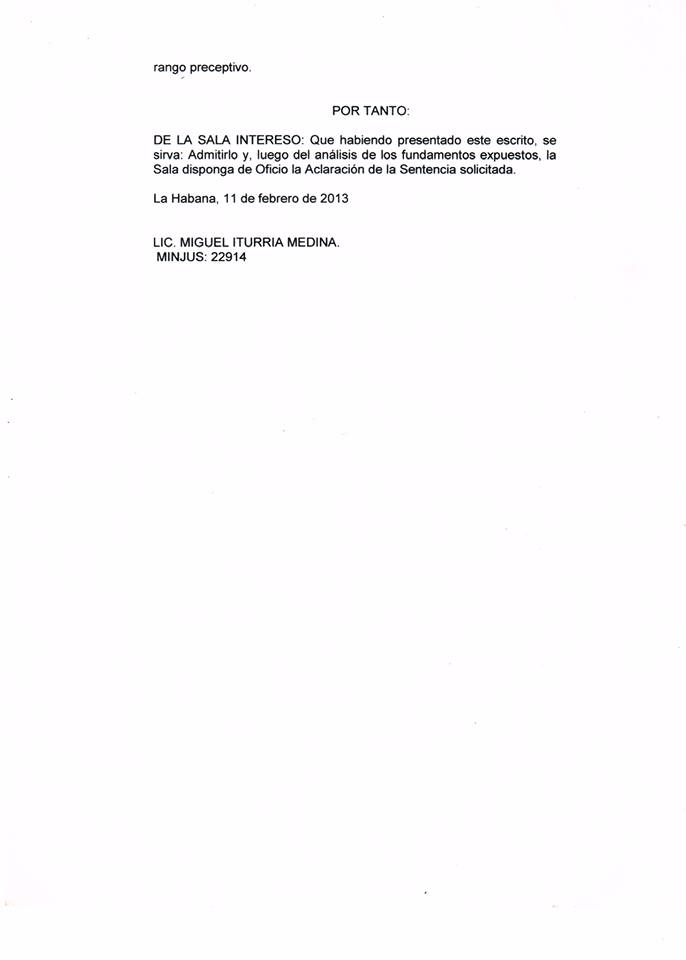 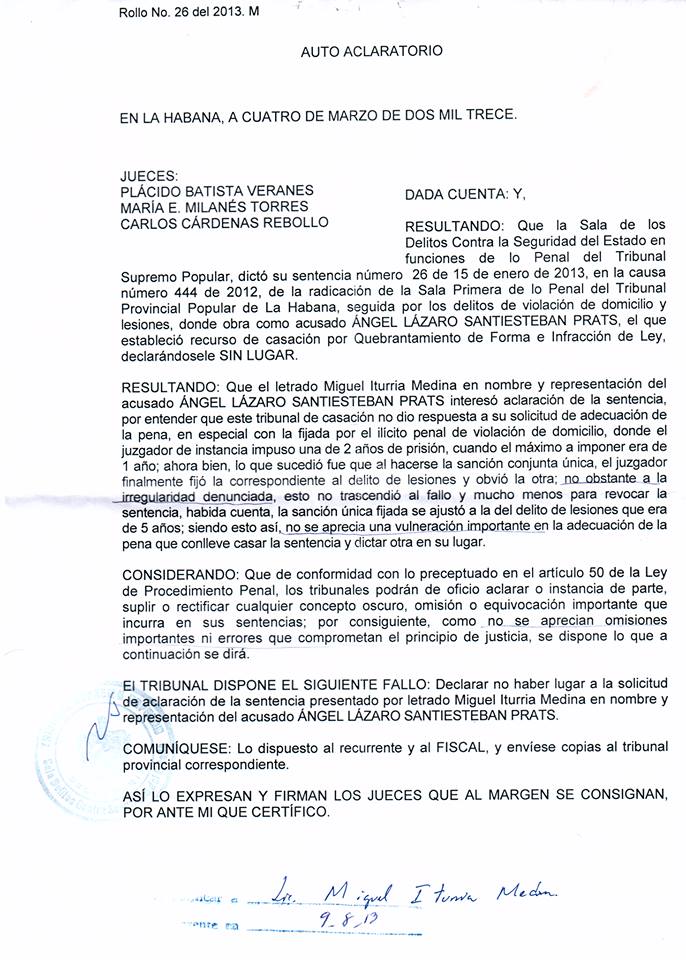