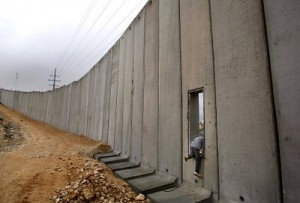 In early November Cubans on the island and in exile and discussed the pros and cons of Decree 288 which amends the General Housing Act 1988, which prevented the sale of real estate, stripped homeowners who left the country of their property, and made it difficult to transfer their houses through dozens of rules and prohibitions that favored the corruption of thousands of employees at all levels.

The decree is like a crack in the wall of the island’s bureaucratic framework, but to survive the dictatorship needs to abolish the absurd measures and ease the lives of the people in order to focus on the challenges posed by the crisis, foreign dependency, technological advances and the removal of the entitlements granted before 1990.

So far the changes are not essential, but reflect the need to free up some sectors of the economy and limit corruption so as to be able to speak of movement. Cuba moves to the beat of the traffic lights. The powers-that-be alternate the red light with green and yellow as the spark of hope.

Let’s look at the green lights that shake the State web and open paths to freedom:

“The camel’s nose under the tent.” The reforms are slow and insufficient. The red light still guarantees governability. Let’s see:

It seems otherwise, but so much control may be the “Achilles heel” of the authorities, unable to resolve the failure of the system, the endemic corruption, theft as a way of life, and economic dependence on Venezuela, China and other allies. The government purchases from abroad eighty percent of the food consumed by the country.

The dilemma doesn’t lie in the willingness to make changes by those above, nor in the creation of opportunities to lift citizens out of poverty, but on opening the doors of the wall, gradually or abruptly, according to the pushing or the impatience of those below.