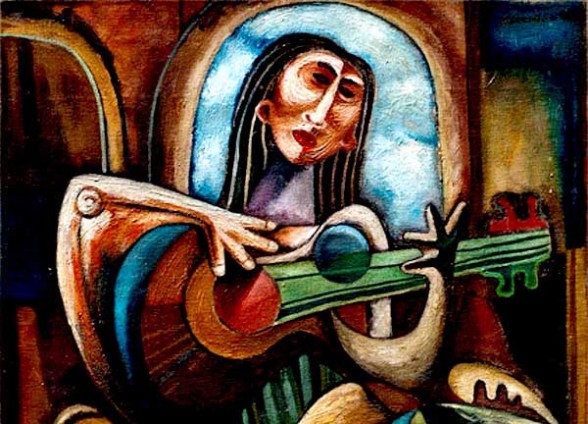 Between the 2nd and 3rd of November in the Taganana salon of the ancient Hotel Nacional, within walking distance of Havana’s waterfront, works from the giants of Cuban art were auctioned off.

The sale, which took in some $600,000, was a part of the tenth edition of the Havana Auction, an annual art auction on the island, this time consisting of 110 lots with a total starting value of $1.2 million.

The Havana Auction leaves many unanswered questions. Its director, Luis Miret, curator and gallery owner, in an interview with the digital edition of the journal Arteamérica, made known that the initial idea started a decade ago with the National Arts Council.

In expert language with a feeling of business, capitalism style, this gentleman, or comrade(?), in various segments of the conversation justified the decision of State institutions to undertake these sales, with the assertion that the works of Cuban artists are severely under-valued in the prestigious international auction houses, New York’s Christie’s and London’s Sotheby’s, commercial centers for art worldwide.

Cuban art is not the only one sold at low prices. If we look at Latin American painting, we see that it is also undervalued. The sale of 61 works by the most sought-after Latin American painters — a list that is led by the Mexicans Rufina Tamayo and Frida Kahlo, and on which figure the Cubans Mario Carrreño and Wifredo Lam — brought in just over $122 million. A minimal figure, if we take into account that on May 4, 2010, a single painting, Nude, Green Leaves and Bust, painted in 1932 by the Malagan Pablo Picasso, brought $110.2 million at auction.

Mr. Miret’s other excuse is how they embrace him for his kindness. In the interview, the curator notes that these auctions are a good way to get a fair price for the works of the “poor little” painters of the patio, who usually sell to independent patrons at bargain prices.

And, he alleges — imagine it after drying your tears — that he has created a fund of two million pesos (I don’t know how many valuable pieces you can buy for such little money), for the acquisition of key works of today’s artists, paying 50% of their value.

The “goodagent” Miret also looks as if he is acting for different auction houses in the world. It’s a question of business. Nothing more. What the official media hides, as does, of course, its fervent promotor, is that part of the money coming in is credited to the “artists of the people.”

Nor are we informed what the Ministry of Culture does with the dough obtained in the ten editions of the Havana Auction.

Do they repair the theaters closed dozens of years ago? Do they put some paint on and seal the leaks of the Houses of Culture? Maybe they think about rehabilitating municipal museums. But I’m afraid not. There are no good intentions hidden behind this artistic looting.

Almost all the works auctioned are from key painters on the cultural map of the green caiman. They are not run-of-the-mill paintings. The majority are from already deceased artists and their legacy forms a part of the national patrimony.

Just over $600,000, according to the announced sales figures, is chump change for any government, no matter how poor it is, as is the case with Cuba. Even hundreds of millions of dollars would not justify raffling off the creative treasure of a nation.

It’s nothing new that the Castro brothers’ regime uses artwork and jewelry to obtain hard currency. Since the late 1980s, in the so-called “gold houses,” valuable paintings, porcelain and top quality gold and silver jewelry were exchanged for color televisions, audio equipment and Russian cars.

Cuban intellectuals should oppose these depredations of local and national heritage.

And the charitable Luis Miret, who wants us to see that beneath his brand-name shirt is hidden a noble heart, incapable of harming anyone, banged the gavel after the conclusion of the sale of a work of Cuban art. Indeed, his name sounds familiar.

Photo: Guitarist, by Mario Carreño, was picture most quoted the Havana Auction 2011. Its starting price was set at $200,000, but we don’t know how much they finally paid for it.