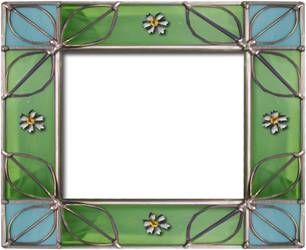 In the arsenal of leftist parties and governments, there are certain words that constitute grounds for worship. One of them, here, is the word cuadro — or cadre in its English form. I do not know where it was first used in the sense that they give it, but I guess that was in the Russian Bolshevik party, even long before taking power in 1917 the last century. In many of its documents they speak of party cadres, referring to militants holding positions in different instances. From there it comes to us, brought by the comrades of that time, some of whom headed for these lands.

For many years the little word of yore is constantly repeated, both in political and in mass organizations, such as state agencies and institutions. For many citizens, committed to the model, their highest aspiration is to become a cadre of something. The cadre, as official understood, is a highly reliable militant, able to perform any task assigned to them, regardless of their specific professional training. For example, a physician may direct a mass organization, a sugar mill or bakery at different stages of life, and everything is supposed to be done with efficiency, or to a railway worker can lead a national trade union center, a chain of stores or a croquette factory.

As is easy to assume, although there may be rare exceptions, usually the results obtained with these cadres are poor, if you get any at all. Fifty-three years of failure show that the mechanism does not work very well. This being who is unique, special, multipurpose, can be used for everything and does everything well, is quite rare in reality and can not be manufactured or prepared in any facility.

To stubbornly insist on it, leads to constant mistakes and demotions, without coming to understand that one little word, pleasing as it may sound to some ears, is not capable of turning a vision into reality.

Speaking of cadres and the politics of cadres leads nowhere, when the right thing would be to facilitate putting people at the forefront of organizations, agencies and institutions and, in their various guises, the most able people, without questions of an ideological and political nation, and without the constraints that come with being a cadre: unconditional above all, proven loyalty, total submission and complete obedience to their leaders.

Moreover, the little word in popular parlance has so many different meanings, which have been devalued: to be cuadrado — square — is to be dogmatic, to cuadrar — square — the matter is to agree, the cuadro — box — is closed means there it no outlet, and if man is cuadrado — square — he does not compromise. There are many more, but those shown are sufficient.

These days, when there is constant talk of the loss of values, which is a reality, to complicate matters further, it is argued that the cadres, among other things, must be ethical, and handle themselves with agility, creative and sensitive. Many assumed that these were mandatory conditions. It seems we were wrong. In short, words more, words less, do not create wealth, do not improve services, do not raise wages and pensions, do not eliminate corruption, do not lower product prices, do not increase production, let alone, solve the multiple social problems we suffer from. They only form a part of the rhetoric from time to time, occupy official attention, more to entertain than to solve.