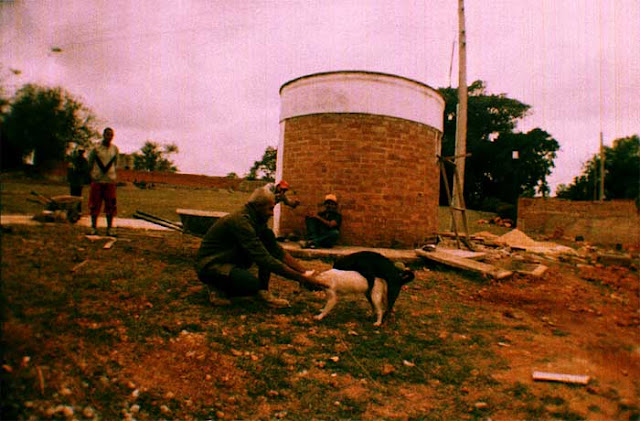 With a rope and a piece of wood, three children were preparing a torture trap for a lizard. One of them held onto the victim which, with eyes wide and body rigid, awaited his martyrdom without much hope of survival. At that moment I passed by and intervened, as is normal, in defense of the poor animal: I explained to them about caring for living beings and grabbed the creature in my hands. Fortunately for my good deed there was a tree suitable for its welfare and I let it go among the branches. Up to that point, everything was typical, children experiment with birds and small animals and adults try to inculcate a love of nature.

The unusual came minutes later when the mother of one of the kids knocked on my door to demand an explanation. I decided, then, to use the same arguments with the mother that I had with her son, and she seemed to understand me though she didn’t say a word, but grabbed her son by the hair and dragged him away. I felt a little guilty, not expecting such a punishment for a lizard, but to intervene again in the moral issues of this family would have been excessive.

The incident puzzled me, not because the boys were playing at martyrdom with a reptile, but because they were so unaware of how bad this was; judging it “right,” they went to their parents for support. When I was little the kids in my neighborhood surreptitiously killed sparrows, knowing that what they did was wrong. What has happened that, fifteen years later, the simple notion of good and evil has disappeared?