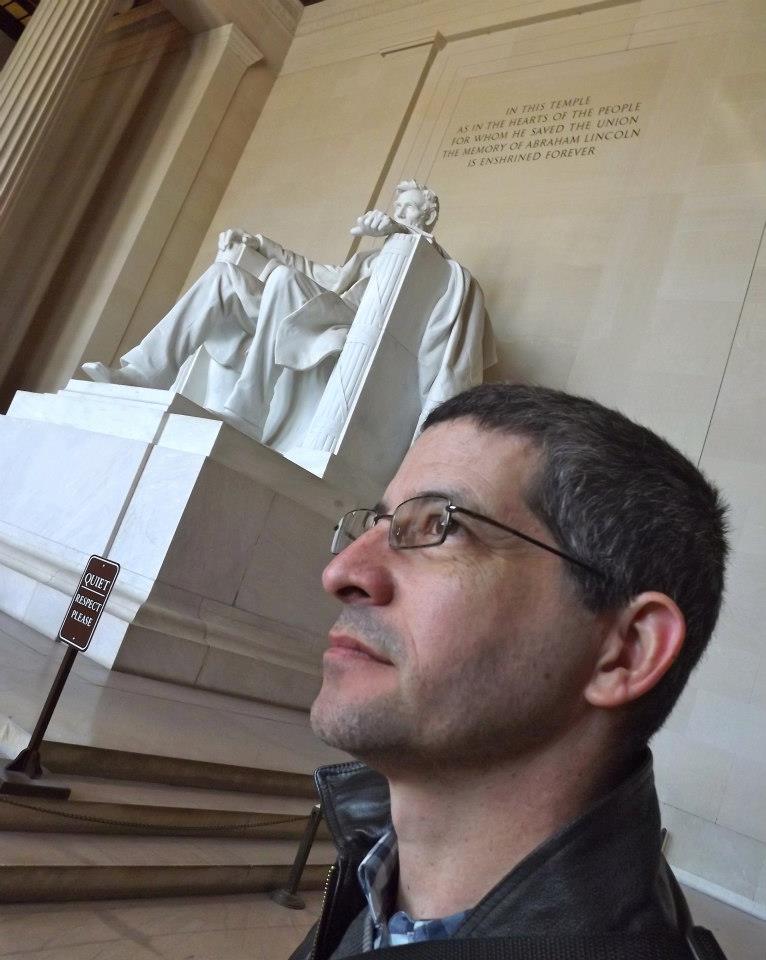 Michael Hernandez Miranda (Holguín, Cueto, 1974) has come from the Far West (College Station, Texas, where he prepared his doctoral thesis) to show us his first collection of poems written halfway between Cuba and the United States. In A Foreign Country (Silueta, 2014) is the forthcoming event for August 7 at the Spanish Cultural Center in “Sun City” (Miami, Florida).

Miranda is an editor of books written on the shores of the province, for years he worked for the publishing house of the Cuban town where he lived, and after some skirmishing to make an alternative promotion (Bifronte Magazine, 2005-2006), came to the United States , where he has collected a bunch of poems he brings wrapped in a country that does not seem very “foreign” to him.

More than a decade after the publication of his first poetry book, Old Lies of Another Class (2000), Silueta (Silhouette) Publisher presents In A Strange Country. It is a wide selection of texts where Michael opens a range of possibilities between the strength of the images raised in his daily readings, the fruits of his best talks and a pedigree of being an outcast, a man who never looks back. This book looks like a farewell book, but it is a book of new “beginnings”, such that one is drawn by a human being when he understands the other dimensions the world offers him.

“there is nothing in the world called man or woman / we have sought to the point of desperation for something beyond / ourselves. we still have silence. we still have loneliness as / a copper sword that multiplies.”

The best way to sink one’s mind into this “foreign country” is to read without thinking about the blogs of the generations to which so much damage has been done in recent years in Cuba. The island was scrapped between critics and strangers who tried to frame a photo that wasn’t. To read “Nothing I say or will say has the taste of water” doesn’t need a group mapping. Michael (Hache) Miranda has understood the distance of five years outside of the fictional wall of his other country. We are in the presence of a poet who puts the word above any perks. And Michael comes from a country where such a simple action costs dearly.

This collection is among the last dozen books published by Silueta and the commendable work of Cubans who parked their literary work away from the false reflectors, beyond the commitment of applause. The publisher Silueta is marking the footprints of Cuban literature, and it does it going forward, opening a path … or its wings, so that others avoid the censorship of the country they have left. It is something that is appreciated in advance.

Miami has been branded “a literary desert” and place “of cubaneo,” references launched pejoratively. However, since 1959 outstanding Cuban intellectuals who fled the repression and censorship on the island have settled. Economists, essayist sand philologists have occupied important positions in educational institutions of the place such as Florida International University (FIU ) or Miami Dade College (MDC). In recent decades small publishers have been responsible for promoting and marketing the work of Cuban writers, scattered around the world. Along with Silueta there are Neo Club Editions and the Alexandria Library, among others.

Michael Hernandez is also the author of the poetry collections Las invenciones del dolor (2001) (The inventions of pain) and en óleos de james ensor (2003) (in paintings by james ensor). “His poems, narrations and articles appear in several anthologies, selections and publications in Spain, Mexico, Canada, the United States and Cuba, among other countries. He has lived in the United States since 2008,” says the catalog of the publisher who is publishing him today.

The poet lives in College Station, Texas, where he is writing a thesis on Cuban literature in exile. The presentation will be at 7:00 pm and will be led by prominent essayist and professor Joaquín Badajoz.