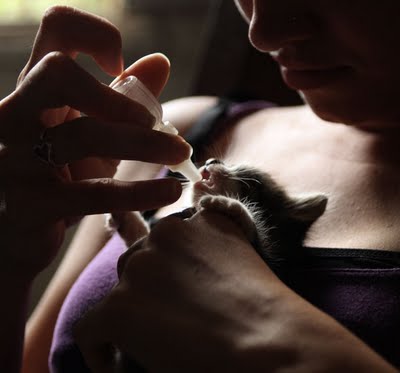 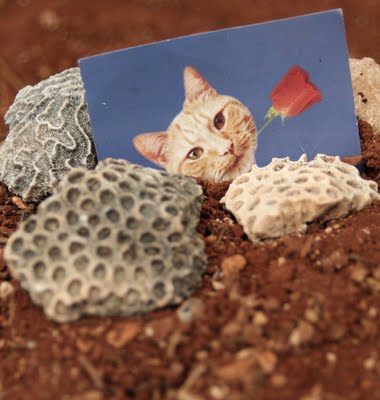 He died, in the end, without a name, the poor little high-contrast black and white kitten. He died of hunger and cold despite our sheltering him in a warm cloth with all the warm milk we could drop into his strawberry mouth. Separated from his mother by the mean hand of dim-witted resident of Buenavista in Havana. They threw him way behind the backdoor of house, still so small (would it have cost them so much to wait a couple of weeks?). They tossed him like a promise at this “counterrevolutionary” house where pity for animals still remains. A house where perhaps they would use “the imperialist dollars from the CIA” and other imbecilic inventions of our country to buy evaporated milk in hard currency, and dedicate hours and hours to saving a meowing life that no one else in this Cuba in the midst of a General Crisis of Socialism (CGS) cares about saving.

Who cares about it. If you live every day to kill or be killed, just like in the army or in prison: Favorite logic of the Total State.

Just this week the political police experts rounded up another Cuban television directly (another Padilla Case just months after the Piard Report), and they sat down with no explanations on the editing room of the Cuban Institute of Radio and Television (ICRT) to erase, chapter by chapter, my work as photo-set of the soap opera of the day on this Island of Iniquity (the tetragram OLPL terrifies them). Just this week, too, various paperwork issues of mine were interfered with by an operative in real time who listened into my cell phone (+53) 5-334-0187, without the cautious CUBACEL company being aware of it (to them it’s enough to collect the dollars that the “enemy” sends me thanks to our capitalist-loving system of digital recharges through ezetop.com).

What will it take for them to get the message. I’m sure the majority of the operators and directors are already finishing up their paperwork to become Spaniards and flee, as soon as they can, to the Plaza del Sol, to peacefully protest the European establishment and forget their complicity with the censors, their left-behind compatriots.

Kitty died, in the end (I knew, at his young age he would never survive) and he is not the first to die on me. Nor the first I’ve had to sacrifice to not see them suffer from the pangs of hunger or from a beating, or non-accidental poisoning. Kitty stopped moving in the early morning, blaming me for my entire species with each cramp in my hand, complaining to everyone each time I forced him to open his mouth and swallow.

I decided to bury him in the anonymous early morning of this insipid Sunday in May. The Day of the Nobodies.

I put him in the red earth. Stones from the sea. And a stolen postcard. I talked to him a bit before leaving.

Still, I have things to do for him. For others like him, feline or human. Beings turned into zeros by the pedestrian apathy of my country or planet.

My heaven, heaven doesn’t exist. I keep you much closer than this rotten word. My my window I see you.

Goodbye Kitty (I have written like this before in this blogspot cemetery).