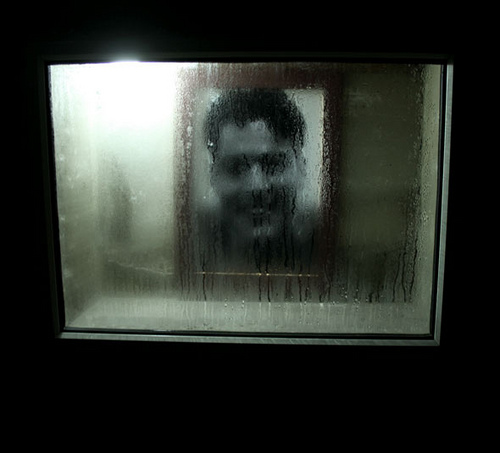 Like every respected communist leader, Julio Antonio Mella* was not named Julio Antonio Mella, but something like Nicanor McPartland y Diez (almost an Eduardo del Llano character). As any Cuban political of some importance in the twentieth century, he was a bastard son (maybe our best Cubanologist will ultimately be Dr. Sigmund Freud).

In Cuba, thousands of factories and small schools bear his name. There are impressive busts of him and his biographies are on sale cheaply. His legacy is fodder for erudite hookers who in practice have been his buriers in the face of eternity, making of his life a blur and new icon.

There are also his biological remains (at this stage of city traffic that’s just a saying), in a mini-monolith at the foot of the steps of the University of Havana, where married members of the Union of Young Communist still go to put flowers above the white suit (as the hookers did as well, at least in Angel Santiesteban Prats’ story). There is his mask and above all his death mask. Not to mention the odd film footage that completely ignores everything about Mella to simply regurgitate the myth Made in PCC — the Cuban Communist Party — or perhaps in the USSR.

His was a very bad time, like every era of freedom. Only totalitarianism saves us, thanks to the materialist method of controlled carnage. They were sent to kill him from all corners of a planet on fire. No city could hold him. There was nothing for Mella here, either, nothing great to do. He didn’t know to disappear in time and forget about these two delusions or nonsense: Cuba and Marti (or was it one of the two?).

Tempered, though, with a liberality of the Anti-Clerical League he founded. They envied him from Aprista Party to the Chekists. He was one of our most beautiful fornicators and still today many demure gay Cubans love the black and white cut of his profile, which certainly would have caused a sensation on Facebook, as well as between and among bourgeois revolutionaries. But he coincided in space-time with the famous celibate geek Stalin, who didn’t give a damn about the beauty of the human body compared to the beauty of a dehumanized corpse.

Mexico, slaughterhouse par excellence of the international left, opened her legs for, in revenge, it opened to him the veins of America in LaTina.** In La Tinísima (named Assunta Adelaide Luigia, of course). It was a crime of passion. A foundational milestone of the bolerística of triangles, with a touch of the Italian Mafia and of tropical dictatorship. Mella fell on open ground among his companions (a colorblind rock who did not see the betrayal coming), his heart broken by a mariachi with a pretense of Mata Hari. And this was only the beginning of a chain reaction (revolution in chains?) of “executions” that, a decade later, to no one’s surprise would culminate with Tina herself in a Taxi (the vehicle preferred by Moscow for its dirty work, perhaps for being emblematic of self-managed capitalism).

Primary school books in Cuba, of course, give us another biopic no less credible than this plot which occurred on a moonless night in 1929 (he didn’t make it even to the age of Christ in whom he did not believe in any way). Generations of Cuban militants would be scandalized to see how red can become the Truth. We kill our Nicanor more and more every January 10, but whatever bucolic version is respectable at the hour of inhabiting a paradise become a wasteland. Children are the hope of the world, even a dented*** hope.

Translator’s notes:
*The wikipedia entry on Mella begins “Julio Antonio Mella (25 March 1903 – 10 January 1929) was a founder of the “internationalized” Cuban Communist Party.” His birth name was, in fact, Nicanor McPartland.
** A play on words: “tina” means tub… but “la Tina” is a play on words for “Latina.”
***Another play on words; in Spanish the word is “mellada” as in “Mella.”