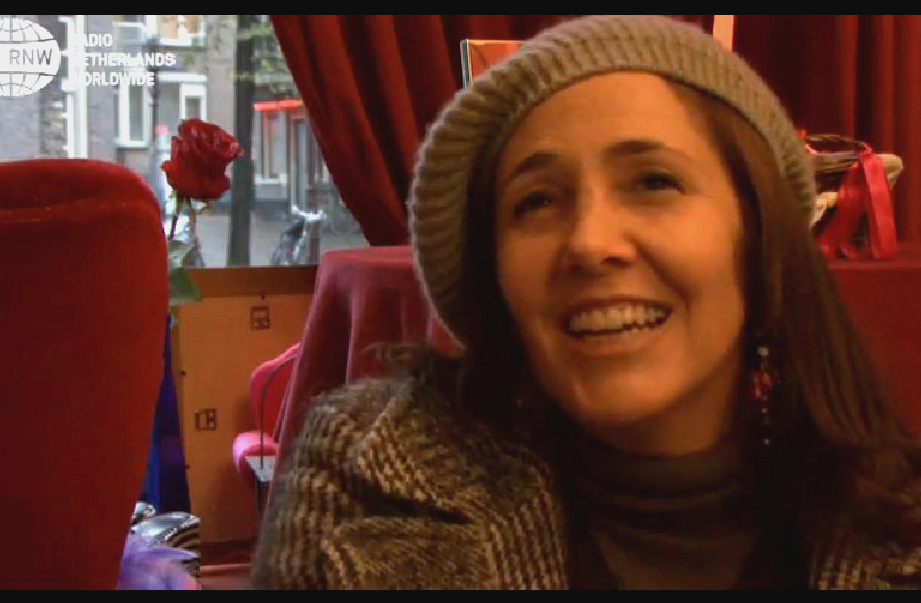 I wonder if Cuban television will air at least a small morsel of the delicious interview Mariela Castro Espin offered to the cameras of Radio Netherlands Worldwide during her recent visit to the Red Light District in Amsterdam.

The material is priceless. It’s a real gem, a supreme example of the cynicism that this lady, guarantor of certain sexualities in her country, is capable of.

According to the report, Raul Castro’s daughter attended an international conference in the country of extreme freedoms and was “gaining experiences” in the subject that she works in, as president of the National Center for Sex Education (CENESEX). As she has demonstrated on more than a few occasions: it is the only topic in her country that she cares about.

I, like Mariela, respect and admire (the two terms she used during the interview) the way in which the Netherlands administers the exercise of the world’s oldest profession, offering solutions instead of connections, and allowing that prostitution that is exercised without legal guarantees, hygiene or social respect, is undertaken with the most natural transparency and State protection. Especially because in Holland not only prostitutes, marijuana lovers or homosexuals have their rights engraved in stone.

Others may not like it: but I, a firm defender of individual decisions, am not bothered if someone who wants to earn money with their body — if and only if it is a decision made by an adult — can do so legally.

Where the statements of the Dauphine Castro Espin leave me stunned, is when she extrapolates the subject of prostitution to our tropical Island, the same land that taught me — like millions of other Cubans — that one of the terrible republican evils that the Savior-Revolution eradicated in 1959 was commerce in the flesh.

Mariela not only affirmed that it is exercised on the iconic Havana Malecon, but now and again she talks with the surrounding police, giving them to understand that they should be more understanding, that it is not bad to go hand-in-hand with the highest bidder — foreign nationals as a general rule — and that they should only take measures against those men and women who, according to her exact words, exercise prostitution in a “bothersome” way.

It wouldn’t be a bad idea to ask one of the thousands of Cuban “jineteras” who have spent years in prison for selling their bodies in exchange for food, clothes or a European passport, if they ever had a notion about how to do it without seeming “bothersome,” and in consequence receiving the public or covert protection of the head of CENESEX.

But the icing on the cake appears this time as well. In a dialog with a, perhaps, Dutch prostitute, Mariela laughs, showing off her carefully tended teeth, looks at the camera wearing her chic beret, and comments with the gesture of a mischievous child: “In Cuba I have known people who say ‘I need to repair the bathroom and I don’t have any money,’ and then they give the bricklayer sexual services to finish the bathroom.” At the end of the anecdote, the Dutch host, the interpreter, and the fairy godmother of transsexualism and modern Cuban genitals, are roaring with laughter.

Yes, it is definitely a gem worth keeping. Few materials will serve as well as this in the future to exemplify the unscrupulous levels of those who carried certain trappings of power, who not only enjoyed privileges forbidden to ordinary Cubans — travel halfway around the world, free interviews with foreign media, first-world lifestyles — but who had the strange faculty of taking tragic, grotesque, morbid events, like a woman who pays for the services of a plumber with her sexual services because of the precariousness of the economy, and making a nice joke about them and having a good laugh in the far off Netherlands.

I want to think that Cuban women, at least those living on the Island, will not find out what another woman like themselves says behind their backs, but with the safe-conduct of two semi-divine last names from the island’s Mt. Olympus.

I believe that those who, effectively, not only have entertained an unknown bricklayer in their bed, but a baker, repairer of fans, or a prehistoric old Spaniard with a predilection for native girls, will not feel the double humiliations of having their cases taken into Mariela Castro Espin’s aristocratic mouth in order to amuse Dutch prostitutes. Let’s be clear: Dutch prostitutes whose earnings are identical to those of an upper middle class worker, who possess freedoms and constitutional guarantees, who are not extorted either by pimps or by Revolutionary police, and who never sell their attributes in exchange for fixing a leak in the sink.

Worst of all is that maybe I’m wrong: there could be an upcoming episode of the Roundtable TV show where the Princess Castro reveals her experiences in Amsterdam, and where, perhaps, she may repeat point by point the statement she offered to Radio Netherlands Worldwide. In Cuba there are stomachs for everything.

It’s worth remembering that years before Mariela’s romance with the Red Light District, her uncle openly admitted that yes, Cuba effectively has prostitutes, but that they were, undoubtedly, the most educated prostitutes in the world.*

*Translator’s note: Fidel Castro is claimed to have said that Cuba has “the cleanest and most educated prostitutes in the world.” Whether he actually did say it is a matter of debate.