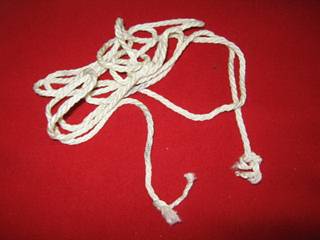 An American biologist, named honorary president of the International Congress of Biotechnology Havana 2012, interviewed by the official Cuban press, along with some considerations on his specialty and science in general, in the chapter that praises Cuba (meaning the government), stated that through the triumph of the Revolution a tremendous advance has allowed the eradication of malaria.

He also spoke of how effective the fight against dengue fever is, and at the end of my lecture presented a photograph taken on my visit to the University of Havana, surrounded by young Cubans who interacted with me without prejudice.

Regarding his first analysis, it should be clarified that malaria, along with other infectious diseases, was eradicated in Cuba at the beginning of the 20th century, during the first intervention of the United States at the end of the War of Independence, thanks to the public health measures taken by the interventionist authorities in cooperation with Cubans, using the discovery of the mosquito as the transmitting agent of yellow fever by the Cuban scientist Carlos J. Finlay. Thus, in 1959, it had been a long time since yellow fever had existed in Cuba.

Regarding dengue fever, he forgets that measures have been implemented against this were for over thirty years (dengue fever was unknown in Cuba before the Revolution) without noticeable results.

If the illustrious biologist had strayed just a little from the official tourist circuit he would have discovered an unhealthy city with serious problems of sanitation and environmental health, as well as hospitals and health care facilities in the worst conditions.

Regarding the second assertion, it would be useful to know which students were designated to meet and be photographed with the American biologist. I’m almost convinced they were not all who would have liked to be: remember, the university is only for Revolutionaries.

Sometimes I’m struck by the political innocence of some of our illustrious visitors.

Changing the subject: a former minister of education, at the beginning of the Revolution, based on his wide experience and pedagogical knowledge, retired the majority of teachers who had practiced their profession for more than 25 years, because, having been trained in capitalism, they weren’t capable of educating the new generations in socialism. Since the physical disappearance of the intellectual Cintio Vitier, he occupies the official post of oracle of Jose Marti, and appears with an article concerning the upcoming visit Pope Benedict XVI, entitled A People Educated, Strong and Free.

The text begins, as expected, with a quote from Marti: An ignorant people can be deceived by superstition and become servile. Then he continues with the phrase that gives the title to the article, and more. In general, it is respectful to visitors but tries to show that there were never problems with the Catholic religion, which is false.

It seems that the massive spontaneous demonstrations of piety, on the tour of the image of the Virgin of Caridad del Cobre across the country, concern him, forgetting that, when people are in crisis (as ours have already been for too long), they turn to religion as a lifeline.

In addition, to speak of a people educated, strong and free is paradoxical precisely because the Cuban people are not educated in this way; although they possess schooling, their access to information is very limited because all the media belongs to the State, which shows only the side of the coin that suits it.

Nor are they strong (if we’re talking about physical strength, and talking about the mind is also questionable), because they are poorly fed, except for the leaders and those who have access to hard currency or are high performing athletes.

As for free, it’s better not to touch on it. Once again it shows that the role bears everything put on it. I would like to be wrong, but in the face of so much official propaganda and calls for organized attendance at the mass, from work places and schools (the day is declared a holiday), I have the impression that the visit from the pope is too little pastoral and too much governmental.