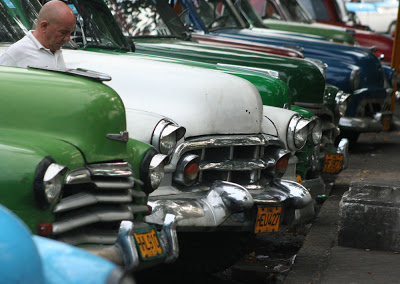 American cars continue to be a fifth column nailed into communist heart of the Revolution. They come from the republican prehistory and yet belong to the democratic future of the nation. They lasted, despite the asphyxiation and the repressive workshops without replacement parts, where they “adapted” them to change their original bodies. But the American cars are not a museum, much less a mausoleum of memory, these hard-shelled “almendrones” (named after almonds) are nothing more than a rolling plebiscite.