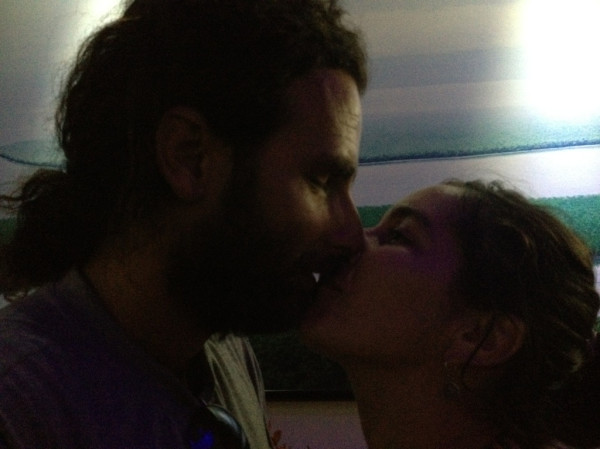 What do the kisses of Communists taste like? Is despotism a clinical cause of halitosis? Does fidelity cause tartar build up? Is demagoguery a healthy source of sociopositive saliva? Is gingivitis a hygienic problem or perhaps a historical one?

Anyway, I’m going to tell you a story, my hetero-raggedy-readers.

Some ten years ago, one of the worst Cuban journalists (something hard to determine on the Island, given the predatory competition among the official guild), Guillermo Cabrera Álvarez, then afflicted by the childishness of the left, with his aggravating poetics of “The Dark Side of the Heart” (a kind of Benedettian uprising worthy of our dead poet Mario Benedetti) launched a full court press in the imprisoned Cuban press for a Kiss-in in the somewhat sinister shadow of the Plaza of the Revolution.

And off would go his typists with their halos of goblin-y readers even believing themselves free beings at least in a little news-paper (worse-paper) column in Juventud Rebelde (Rebel Youth (!)).

Ah, but 2004 (I think it was) was a time of imperialist war and the couldn’t-be-postponed danger of an Island invasion, as usual, and the political police their-very-own-selves had to surround and contain our naughty Guillermo Cabrera, to explain to him: we’re all among comrades here; and that such a spontaneous demonstration would be fine in cruel capitalism, to overthrow the exploitative establishment, but that in Cuba-of-forced-happiness it made no sense to show such affection in public, much less on Valentine’s Day, the Day of Love (that bourgeois remnant that should be displaced in favor of the Day of the Proletarian Wolf-Whistle, May 17th, for just one example).

And while you’re at it Guillermo (or may we call you Willy, you cunt), you aren’t new at this game, there could be provocations from the internal enemy, daddy, particularly from the independent journalists who weren’t already in prison since March 2003 (it’s just one more example).

The truth is that young committed Cubans were left with their lips in the air. Never knowing what hit them. They still don’t know. Cabrerapumpkin, Pumpkinalvarez (and all sorts of other untranslatable wordgames), the each go kiss in their own house, the sons of bitches. Or in fucking Caracas, but let them go slobber well away from the public space in my country.

Ah, but the truth is, what pulls a pair of divine lips more than a tank carrier from the war between MINFAR and MININT — the Army versus the Secret Police — so here we go again this afternoon of queer pride, sapphic, angelic, crude, whatever, beak-to-beak freely with devotion, with the anointing of knock-knock-who’s-there, open this Marxialistic wall of shit, man. Here we come to kiss whoever we like just looking at him, at her, or both, to laugh and hug in the first non-totalitarian territory of Cuba (the “Ramón Fonst” (fencer of great renown) Multipurposefullyhot Room, in front of the shabby National Bus Station, 5 pm), this time luckily without the tutelage of the faithful deceased Cabrera Álvarez, nor the spies of any press organ flattened by the martial boot of power.

Today, among the thousand and one little Geely make cars of the ascetic political police agents, among their Chinese linen shirts and their useless cellphones, ready for mid-kiss repression, under the June rains with tongues outstretched or sucked dry by the sub-socialist sun of today’s post-Revolution Cuba, today I swear that the call of the Rainbow Project will reach its climax after having circled the Cuban blogosphere in 80 hits.

Today we will be one for all: even anti-capitalists, if you ask these LGBT activists. Because even though they insist on ignoring it, even anti-capitalism in Cuba is irreverently counterrevolutionary, such that the gardens of mouth-to-mouth will be fodder for desire and tension, for panic and tolerance, for wanting to kill each other pour out all our venom (and some other lies, of course: lie to me again, my heaven, behold thy wickedness today makes me happy), to look at each other face to ass, with faith and with phalluses, without evasion and without anxiety, and also to flee a bit, and hopefully also to play, and to wipe away the tears of feeling ourselves to be true citizens for the first time in five decadent decades of a city kidnapped by a pathetically sad set of puppeteers.

I have smoking hot keys, I know. Better I should shut up.

Just to warn you that I love you all, male and female, and both equally. That I will not stop loving you even though you turn your back on my, your back employed by the youth union. We’re better than them, and you know it, and you don’t act like men and women from another era. We’re alive and we are living life without inhabiting it. How boring and humiliating such a cold biography that we are dissolving in a retro and warped rhetoric that was screwed up from the start.