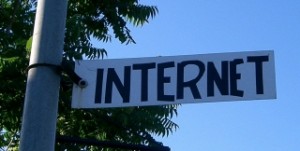 With another year of the period of pretend “reforms” implemented by the Government ending, free access to information remains distant and unchanged. Besides buying and selling homes and traveling abroad, internet access is one of the most anticipated changes Cubans.

However, in 2012 the Ministry of Informatics and Communications (MIC) issued no legal statute to open the possibility of connecting for individuals. One of the justifications most commonly tossed out was that “economic and technological constraints prevent a broader distribution of that service.”

At least twenty of the resolutions issued last year by the Minister of Information, Medardo Diaz Toledo, allowed the preparation and circulation of postcards and stamps in tribute to historical dates and events like Mother’s Day, Valentine’s Day , etc … But only one statute alluded to internet access. In May, the MIC charged the State-owned phone company ETECSA with the task of implementing programs to provide this service at the headquarters of state associations of disabled people.

Some speculate that the connection charge will be reduced to 6 CUC an hour, still excessive. Others, more optimistic, aspire to surf the web from home, a grace which, in Cuba, only high government officials and personalities linked to culture, science and sport enjoy.

A senior MIC official insisted that even with the installation of a fiber optic cable, it is impossible to guarantee massive internet access “due to internal problems of a technical and financial character.”

“There are many homes that still do not have telephones and the local computer platform will not support an avalanche of connectivity,” he said.

According to statements by Hilda Arias Perez, director of ETECSA Mobile Services — the only telecommunications company in Cuba — the island has more mobile phones than fixed.

“The total number of fixed telephone lines has reached 1,162,000, of which 109,000 correspond to the alternative fixed-line mode,” the official newspaper Granma announced on 18 January.

It also said that, “It is the country’s will to bring cellular service to the people.” Commercial activity for 2013 seeks to increase the number of mobile users, which amounts to about one 1,680,000.

Supposedly, the MIC is not focused on developing fixed lines, and so has to improve internet. So, Toledo Díaz reduced the rates for cellular telephony. In a short time it reduced the cost of the call from 60 to 45 cents CUC, and the cost of sending text messages from 16 to 9 cents CUC.

On January 11, the Official Gazette of the Republic published reduced the cost of voice calls from 45 to 35 cents a minute CUC.

In the last Universal Periodic Review, four years ago, the Cuban government accepted Vietnam’s recommendation about “improving information infrastructure for the benefit of society.” The government will be further reviewed at the Human Rights Council from 22 April to 3 May.

For now, only a select few have access to information. Access will continue to restrict digital pages that are “contrary to social interests, morals, good customs and affecting the integrity or security of the State,” and specific locations to connect to the network at prohibitive prices will be maintained.

A law that protects the free access to information on the Island? Might as well sit around waiting.