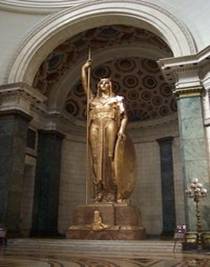 The history of Cuba is in need of an objective study, oblivious to the spurious political and ideological interests that have prevailed so far, defended by a group of pseudo-historians, concerned only with achieving prominence and publishing their books.

In the study of history, one of the most manipulated periods has been that of the Republic, which lasted from 1902 to 1958, for fifty-six years. Completely dismissed and treated contemptuously as a pseudo, neocolonial or mediated republic, all that has been written and published about it, at least around here, has been atrocities, without considering that there were mistakes and successes, and bad and good things, as in all social organism .

Unlike in civilized countries, where the Republican stages are divided into first, second, third and fourth Republics, and an analysis of each is undertaken, here they decided to to totally repudiated it and erased it, which is not only absurd and criminal, it is impossible.

We Cubans today are the result of all eras that have been experienced on our island, some better than others, but with no exclusions whatsoever. Moreover, the so-called revolutionary process was conceived during the Republic, and its historic protagonists and many others were born, studied, lived and prepared during it. If this wasn’t the case, their existence would be impossible. During the Republic important writers, architects, engineers, physicians, educators, researchers, biologists, botanists, musicians, singers, dancers, economists, historians and others also appeared, who have given pride and prestige to the nation.

I am confident that, with the intervening years, the many mistakes and failures and the blows received, the minds of most have evolved, leaving behind prejudice, nonsense and sterile radicalism, beginning to react with reason and intelligence. In this process, no doubt, the Republic will occupy its rightful place.