Last Friday a group of  us friends met at the “Y Scares Vultures,” as Agustín calls Reinaldo Escobar and Yoani Sánchez’s house, for the penultimate round of the Endless Poetry festival. The poetry reading started this time with Luis Eligio d’Omni reading a poem of his to Celia Cruz in slam style, as attractive as The Letter of the Year which opened the festival with the slogan “Love your rhythm, rhyme your actions. Poetry is you.”

Agustín waited 20 years, isolated and rebellious, to read Mi Tengo to be published in the next issue of the magazine Curacao 24. Reinaldo Escobar, usually Magister Ludi, chose a very beautiful one titled Motivos del Lobo (Reasons of the Wolf), that I am going to ask him to repeat here. And El Sexto believing in Things Unseen, as tender and unforgettable as his graffiti.

It was the time of fellowship, because we are all joined a similar fate in many ways. As I remember Munch’s The Dance of Life, so I felt that night, because I can reproduce every hour in my memory from the influence left on me by the conversation with the swell of sympathy.

The tide threw me up on Ángel Santiesteban’s beach. All we Cubans have to defend ourselves with against the system power of the dictatorship of the State is our solidarity. Angel faces a fate* that threatens to swallow him alive. Everything that the prosecution charges him with to remove him him from public life, which is the true final objective of end file prepared by State Security, has been manufactured against him by the system itself. I ask again the solidarity of many people and I hope to write about the case a later post. 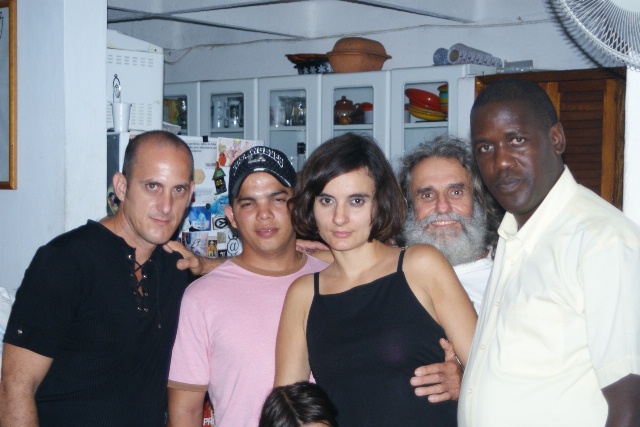