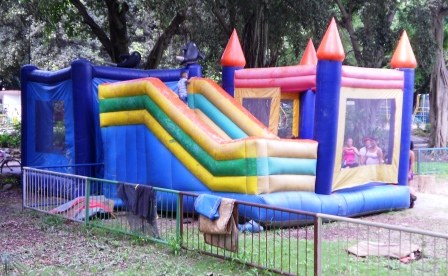 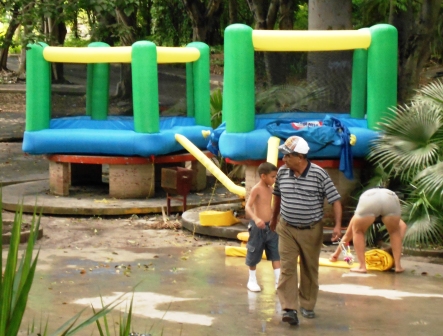 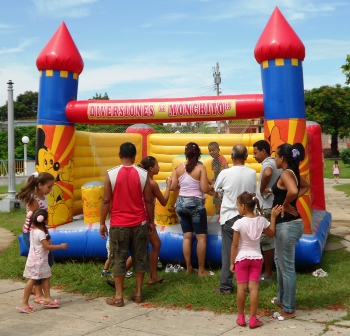 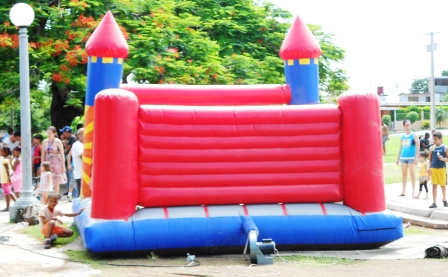 Havana-Colored inflatables attract the attention of Cuban children as one of the most tempting offers of the present summer in the island. Teams install them in the most strategic places.

Many of the parents still believe that the operation of these devices is a work of the Cuban State, strictly for the recreation of our children. But what is actually true, is that these inflatables swell the list of new private businesses.

So far there only exist two parks of this type in the Cuban Capital. They are located in Habana Vieja and Playa.

According to Marita, an owner of one of the inflatables, theses inflatables are brought in from countries such as Panama, Ecuador, and Costa Rica, to give some examples. Marita adds that although their toys may appear in central state parks, they are Marita’s. For Marita to be able to run these installations, she generally must pay about 112.00 Cuban pesos a day.

The well-known Almendrares park, the ancient Futicuba in the corner of 41 and 58, the 26th Street Zoo, are some of the places that remain crowded by children waiting for a turn, for a short time, to enjoy what many call the Disney World of Cuba.

Despite the high taxes imposed on those who assume the responsibility of this creative work, that compensates for the deterioration of old children parks, the number of customers increases and some have begun to talk of extending their services to other provinces.

Today, smiling children can be seen enjoying the most beautiful diversions that only a little time back, were seen on the small screen — TV — at home.