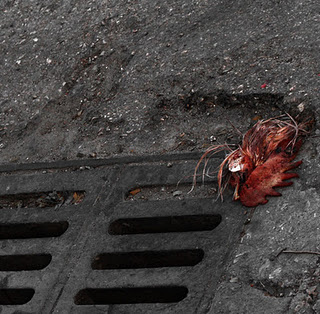 LOOK AT ME, DEATH, AND FOR YOUR LOVE’S SAKE, DON’T CRY

It’s been ten years ago already, in the purple-blue evening of Centro Habana, in an independent literary workshop that had the Ministry of Culture(made flesh in the person of the vociferous agent Fernando Rojas) dying of fear and envy, we had invited an activist from the Cuban independent press. What audacity for some intellectuals! (Today it looks like an unimportant novice’s mistake.)

It was shortly before the Black Spring that imprisoned (and even asked for the death penalty, although without officially validating it) dozens of our opponents of a more or less peaceful and digital nature. So we were all a bit frightened, in truth, including that author who did not show too much fighting spirit and in fact, a suspicious humility that we, beginning writers, not unreasonably confused with a lamentable lack of talent.

There did not shine in him that huge ego of those chosen to impact with a unique style (read me, for example). Our dissident certainly was a good guy of his home, but precisely because of this, was a lump of dough. None of us could imitate the author. Too little incendiary, too conservative in his little anti-establishment speech, too commonplace in the anti-dictatorial demagoguery that nobody in Cuba would dare to criticize, too much political peace in times of war uncivil to death.

At the end of his soullesstalk , it occurred to me to ask why the opposition was not threatening with at least a word of the violent kind. Nothing of terrorism, of course. Just a clean war with bullets or the gun that both sides will choose to exterminate themselves. After all, let’s not pretend to have been cheated.The Cuban Revolution will be only a truce of cadavers hidden with the stamp of Legal Medicine. Before and after that, we will murder ourselves again democratically in the middle of the street (and in the headlines). Long live the freedom of exhumation.

The good man turned pale to the level of 2003 (if they manage to arrest in March, he dies of a heart attack). Stu..stut..stutter..ter..tering… I had not the quality of a character narrator, obviously. I was not ready to survive a live debate before the cameras and microphones of the future. And then I did what the 99.99% of Cubans would do ( the exceptional hundredth continues to be me): he felt attacked and offended me in his own defense and in that of his party, I suppose, one of those matches where in barely four words, the words “Cuba” and “National” are set in front of the leg that makes them trip. I’m almost branded a collaborator of State Security (Everyone in Cuba is indirectly that still because no one has yet signed its dissolution) as well as a provocateur (of course I try not to have a dialogue with anyone without provoking them beforehand, without forcing them to be like they would be honestly in private).

Now I think maybe he himself was and he reported me to the authorities, who knows if looking for an impossible legitimacy for his illegal activity. Our system of block chieftains makes us protagonists just like in an act of repudiation** as in an already tiresome intellectual blindness. We don’t know how to read. We ignore all irony. And being a pacifist in the two thousands or zero years in Cuba, one is paid the going price (and life is not far from the highest), is a sort of totalitarian common denominator, a collective correctiveout of which we are guilty apriori, a hypocrisy to deceive foreign NGOs but of course not the local G2.***

Today I ask forgiveness of my poor opponent for the panic that I set into his soul that unspeakable night, for stoking his paranoia and laying bare his verbal violence (if he had had a gun, certainly he would have shot at me, at me yes; at the government; no ). Reason was not on his side, but he had suffered and was an aged creature in himself and in that other greater cage that is the Archicementerio of Cuba. Simply put, he was no longer a public figure, but appeared as such. He was, shall we say in scientific terms, an angel (an author in his Adamic phase, the most dangerous by naivete: it’s known that nothing is more genocidal than an angel).

Once in a while, as a creator of fictions that cause fractions, I go back to feeling out my question of 2003: when did violence lose its crazy glory in our lands ? I speculate severalsuicidal solutions in my narrative that is more outrageous than unprecedented. But the only answer that I love, even though I don’t know how to set it up in writing, is a class of conspiracy theory: only when the Cuban state will be useful, will manipulate like a puppeteer their good men for and against, until they set them to fight each other as a mechanism of governance.

Then it will not be worth columns nor “Gandhi-loquent”martyrologies like those of our hunger strikers cruelly posed (and disposed) to fail. Then it will be the crude bodies of the Cubans that will recover their most vile voice. And then only if we will be free to massacre ourselves mutually in peace.

For the moment, war is too unambiguous, too scripted so that it is guessed in advance, too bored by its lopsided scoreboard.

Translator’s notes:
*The original title is:”En la masmedula de la muerte.” “Masmedula” is a word invented by the poet Argentinio Oliverio Girondo
**”actos de repudio” or acts of repudiation and disowning is a tactic used by the government to harass and intimidate dissidents. It typically involves the creation of a mob of “indignant citizens” outside the home of an opponent of the government to shout slogans favorable to the government and threaten anyone entering or leaving that home.
***G2 is the Cuban government internal police force in charge of intelligence gathering on Cuban citizens.