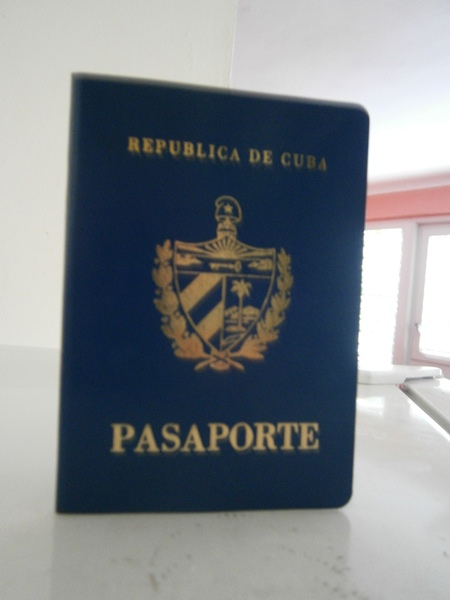 Cuban television news just broadcast with undisguised joy the statements of the U.S. president about the failure of immigration reforms in that country. With images of Obama on the screen, although taking care, as usual, not to directly broadcast the president’s words, the Island’s media tried to discredit the “enemy” by highlighting another fiasco. It turns out, however, that the authorities here continue to keep the most hermetic silence about the essential immigration reforms in Cuba which — according to what Ricardo Alarcon, the president of the National Assembly, said many months ago — “are being studied.” This is, without a doubt, a most complex study, to judge by its length.

Meanwhile, Cubans on both shores continue to be forced to apply for demeaning exit and entry permits in our own country, pay monthly fees to our consulates in the countries we visit (if we want to have the right to re-enter the Island, always remembering that we are allowed to be gone only 11 months and 29 days), and pay ridiculously high amounts for the most stigmatized passport on the planet. Because in the end, have you noticed how much scorn the border authorities look upon us island slaves when we travel? Note: I’ve only traveled outside of Cuba twice, in 1999 and 2002, and on both occasions I noticed that glance.

In principle, every Cuban who aspires to travel goes to the offices of Immigration and Foreigners, a weird name for an institution that deals mainly with Cubans who, in significant numbers, want to emigrate. Shouldn’t it be called the Department of Emigration and Cubanness? There the extortion we all know begins: You must come up with 55 CUC for the fabrication of a passport which expires in six years and must be renewed every two, raising the full cost to 95 CUC without any benefit to the aspiring traveler. If you’re lucky enough, you’ll only have to spend 150 CUC more to get an exit permit — the infamous white card — and finally you’ll have to pay a 25 CUC tax at the airport when you leave. The paperwork, in its totality, costs a fortune* for ordinary Cubans. In most cases such expenses, and the passage, is paid by family and friends living abroad, who — for their part — have to pay unconscionable amounts when they decide to visit the Island.

In short, you as a Cuban pay for the fabrication of the world’s most expensive passport, a document that will serve almost exclusively for the Cuban government to capture some juicy hard currency without having to invest in anything more than cardboard, ink and the paper it’s made from. With this passport you will not only extend your condition as a slave beyond the boundaries of the hacienda, but will also contribute — like it or not — to nourishing the coffers of the very system that humiliates you. Of course, I’m not suggesting renouncing travel, but I do suggest that perhaps while the authorities are studying the “migratory reforms” perhaps they could go ahead and apply some just modifications. It occurs to me that, since they are the only beneficiaries of the use of the passport by travelers, at least they should include some of the “freebies” of the system. It would be curious to establish the first “subsidized passport” in history in Cuba. This would not change anything in our condition nor turn us in to citizens with freedom of movement, but at least it would to some extent diminish the immense crust of cynicism of the Cuban authorities, something they’re in great need of.

*Translator’s note: The total cost is more than a year’s salary for the average Cuban.