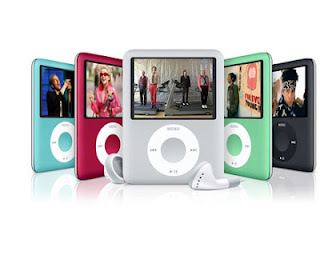 Let’s talk about Steve Jobs, Freedom, and how an official from Cuban Intelligence can’t turn off an iPod.

Like the Cuban language itself (impossible), like the poverty into which the imagination here has fallen, like the remains of the island culture (fortunately now Balkanized without origins or teleologies of chastity), like our insulting ignorance of the civil, like our infantilized institutions (rudeness as one of the fine arts and despotism as a measure of all things), like our pedestrian diplomacy and our governance of the stick (sticks), like Cuba itself, the State Intelligence of thisforever lost country did not have to be the exception: the political police can not think well and, in consequence, act much worse. The repression of ridicule.

Let’s not get into State statistics — hundreds of cases in a few hours — that State style that while more informed with data means less significance can be shown. Let’s not get into the customary whining about you-violated-my-rights and I’m-going-to-denounce-it-internationally. Let’s not get into the biography of two Cubans who want a little more, now that they shared a hunger and thirst strike for two days in the extra-judicial jail cell, hunted like vermin at 3rd and 30th, in Miramar, handcuffed at full speed by the Geely 801 of State Security, until spit out at the Regla Police Station (some day China will have to compensate the Cuban people for the damage caused by these vehicles). Let’s not get into anything. Let’s run the memory in its absolute and desperate freedom.

I never heard shouts of “Down with Fidel.” Surely it’s a little late to topple this name in the past perfect, but nor did I hear anyone shout “Down with Raul.” Pastor, Emilio and Judit, three of the ex-occupants of the Church of La Caridad on March 13, undertook to hammer those screams from one end of the neighborhood to the other, shattering the solemnity of death of the thousand and one uniforms of I don’t know how many colors that swarmed there. They’d crossed half of Havana to get there, to find out about the old activist Corzo, but were ipso facto detained for a crime against solidarity. The station was converted into a barracks. it was obvious they were expecting military intervention (or perhaps Cuban planned one against the enemy government of the region).

They didn’t beat me (my right hand is typing still numbed by some handcuffs placed not to immobilize me to cause damage to my blood circulation: I didn’t confess it then, but it did work). I have a deal pending with one of those who kidnapped and beat Yoani Sanchez on 9 November 2009. An overwhelming man who tried to force us toward the hospital, according to him evidence that there was no damage (as if to exist in Cuba knowing that he remains on the loose not having committed was not already enough damage).

I gave my word (my word as a lying mercenary, as he graciously called me in front of his subordinated with his gray atlas complexion). He’s here now. They didn’t hit me. In fact, beyond the swagger of a Station Chief who perhaps took advantage of the incident for a promotion, I felt protected by a National Revolutionary Police (PNR) who confessed to me they had nothing to do with it, they themselves were captives of a higher official.

What that does not make them, of course, is less complicit or less violators of the police code. They never allowed me to make a phone call or to advise anyone. So I had to shout, through the free half-inch clearance between the boarded up bars, to see if some passerby would take my phone number and address. Most walked on, I guess. But more than one noble Cuban man or woman called. Thank you. Thank you from my heart. Someone should do that in all the prisons of the Island and the world: walk by the bars to listen and spread the cries of the disconsolate.

THEY DID NOT BEAT ME. Friday, November 6, 2009 is history. Do not hit me, anonymous official, you know everything about me and have even protected me from the Islamic fundamentalist who were targeting @OLPL with their Tweets about the criminality that flows from the Koran (like the Bible and all sacred books). DO NOT HIT ME. The open question is: Was such a mafioso act of atrocity probable? What God will protect me from the earthly wrath of State Security? What Pope on the front page with the General President or what Cardinal to whom that too large an office is left (there is only one step in the ineptitude of the heresy)?

I was imprisoned. For the first time in my life and without charges. I did not see nor will ever see, the Holy Mass that the Pope simulated simultaneously in the Plaza of the Revolution. A mass of materialistic marionettes trained to chant in Latin. Speaking with the people at street level (and renting a State SEPSA van as a taxi), I knew that the three cordons of coordinated public or in the Ministry of Interior gang (a ministry that increasingly guards its ministers badly). And of the hundreds of workplaces called to coagulate the railed cubicles of the expanse (no posters, please). And the traffic sequestered more than 24 hours in advance. And the compulsory collection of beggars and dissidents, this wonderful mix. Still shining from those below not know why I always fill myself with a hopeful illusion.

I did not have, nor do I have yet, mobile phones or home. The slow dial-up official Internet also vanished as if by magic (the Three Evil Kings: freedom of movement, freedom of information, freedom of expression). That little game of they-are-orders-from-above and who-pays-orders is technically a criminal irresponsibility (such as the PNR) and some day there will have to be compensation from ETECSA and CUBACEL to their respective users, cheated from above even the official contract.

I do not believe in God, but despite the absence of the divine, Good sometimes manages to inhabit Man. It’s hard to be yourself and be along and above not to have the Evil of pure fear and hatred of reality (of ourselves, a unique feature of the biosphere). I don’t believe in God but I do believe, for example, in the excommunication of the Cuban cardinal who enrolled (and muddied) his Holiness Benedict XVI in a foretold Vatican shame, such as the only two Masses of little lies in the history of mankind. The Guinness Book of World Records threatens to be the posthumous blog of the Revolution.

The apostolic retractions and little notes halfway to the Nunciatures will be of little use now. We children of Cuba are living a black day due to the presence of this success of Peter, perhaps his superior attributes already weigh more than they’re worth. His word was elsewhere. Not here and now. And it makes sense being an institution doomed to the hyper-realistic myth of transcendence.

I never knew my body could be fine without water and without food for so many (and so few) hours. From cell to cell I asked Silvia in signs who would not insist. By signs she let me know that her situation was much more insulting: a License to practice dentistry without any kind of militancy or activism (except teaching), she was imprisoned by mistake, for love, out of horror. Silvia was hiding her tears, but not her contempt for the officers (meanwhile more intimidating, more outrageous). I felt nothing but infinite sympathy.

Eventually we started to talk out loud from cell to cell. We gained courage. We remembered a prison clip from the reggaeton “Patry White The Dictator,” a super woman we both like. We agreed on what to do and to remain silent if they separated us. I asked her what she wanted for the next day. We lamented our baby cats, locked in the house in a state of involuntary starvation.

She encouraged me with her sketches of the life of Steve Jobs and asked me to take her to live in a giant Mac, a planet of silver and free creativity. I told her how humiliating it was to see our digital objects manhandled with this primitive curiosity, a primate, a violator who doesn’t understand the intimate logic of personal property (shamelessly exposing for the first time in decades the vegetable viscera of my godfather’s charm from my childhood).

I assumed they were copying our house keys (or they were using them to conduct an illegal search in our absence, as well as to intimidate her). Silvia told me that Cuba was a sick country because no one like Steve Jobs was born here (or could fit here). I told her our taken iPod had run down because those who took it couldn’t find the OFF switch (they tried to get me to instruct them but I shut up out of revenge). They were obviously analog minded repressors, anachronistic, in any case users of the more commercial Windows.

Purely to shock my captors and compañeros I ended up singing, with the tenor echo of the catacombs (“MediastinumLumberjack,” an Eduardo del Llano mockery of me), gradually losing my timidity of the complacent inmate, fine tuning a Catholic fashion theme about this little doll to whom all your children / we cry to you / Mambisa Virgin / who are you brothers. And then songs in English from some animated feature films, including the classic Voltus V. As Papa Lorenzo would say in “El Juego de la Viola,” these people really like cartoons… Our tragedy will be weightless, our destiny a cartoon.

They told us we were under “investigation” for a “public scandal” in the future tense or perhaps in the subjunctive mode (verb tenses are not the forte of those in uniform). We passed from the jigsaw puzzle of “occupation” of our possessions that would be and, in fact, were fastidiously returned to us to the last cable and the next ticket (it was all Silvia’s, nothing of mine, including packets of milk powder with a “receiving” stench).

They tried a police line up en masse which we resisted (and locked against the bars the three ex-occupants of the Cuban Republican Party). We never signed anything, we never wanted to admit that they’d violated us abducting us there (disappeared, that’s the word, because the Power is not worried about any family angst blindly calling on the medical corps on duty).

Only with the lifting of the landing gear did we once again recover our freedom, that unspeakable gift.

I implore the world not to schedule any great event in Cuba. I pray that nothing significant happen in this country again, please. One day they will they will kill us like they couldn’t help it: the chain of command is that lazy (and innocent). I guarantee the list of victims is already written, I can almost read one of its pages in the moving hands of an officer. I swear by my faith in Man that the staff to carry it out is guaranteed: I saw them throughout this long and sleepless night of shadows, with almost no children (or angels).

There will be no Plaza of the Tahrirevolution in Cuba. The exile is already further off than usual. The digital telephone is just that: digits in a cloud that retains a highly visible OFF switch. Not even the most incompetent of the Counter-Intelligence Cubans could miss it. One click and the Holocaust will click in behind closed doors, like in the pre-Internet 1970s. This button, reminiscent of the Cold War Red Button, is perhaps a programmed keyboard from the Era of Eliecer at the University of Information Sciences, this little tap of bits will unleash the barbarianism of excess in Cuba, enough to erase the genealogy of a civil society at the margin of the totalitarian idyll that mutates here and kills without symptoms of extinction.