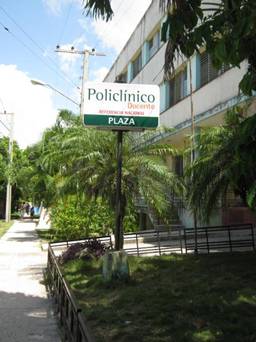 Talking with some Colombian teachers were sightseeing in “my world,” they mentioned to me the magnificent statistical indices that we had in education and health. I, of course, I clarified that these figures were released by the government, unchallenged by any counterpart within the country, which allowed it to present them as unquestionable.

I explained to them, from my own experience when working in central agencies, how these figures were manipulated and made to respond to politics and not to reality. That despite having honest data issued by the various ministries, they were adjusted according to the guidelines from “above”, a euphemism by which they call the “high command” that is the maximum leader.

With regards to education, I informed them about some fairly common crimes  perpetrated by students and teachers from different schools, such as fraud, extortion, selling tests and even drug possession and distribution, as well someone related by blood. I explained that, as nothing is reported in the media, the sole owner of this being the State, it seems as if they never happened. Everything is handled with great secrecy, despite which, they reach the population via the students themselves, children of neighbors and friends.

I also offered them some related experiences, very stressful situations with respect to hospitals and health clinics, such as that of poisoning by a careless Fajardo hospital employee a few years ago, which led to the death of seven patients. Or our neighbor Carlos, who died on a table in the April 19 Polyclinic , waiting to be treated by a doctor or other health professional, to name a few examples.

I also explained about the long “wait lists” to have surgery, unless a doctor was a relative or close friend, who could deal with “moving your paperwork along.” All this, not to mention that most prescription drugs are unavailable or can be acquired only in hard currency at certain pharmacies or on the black market.

The sad thing about all these situations, which occur of course in some other countries, not just ours, is that here there is no life insurance, victims of medical errors are not compensated, and worst of all is that by failing to reflect these events in press or in reports issued by the health center, it appears that none of this happens. Therefore, our statistical indices for higher education and health are the best in the region.