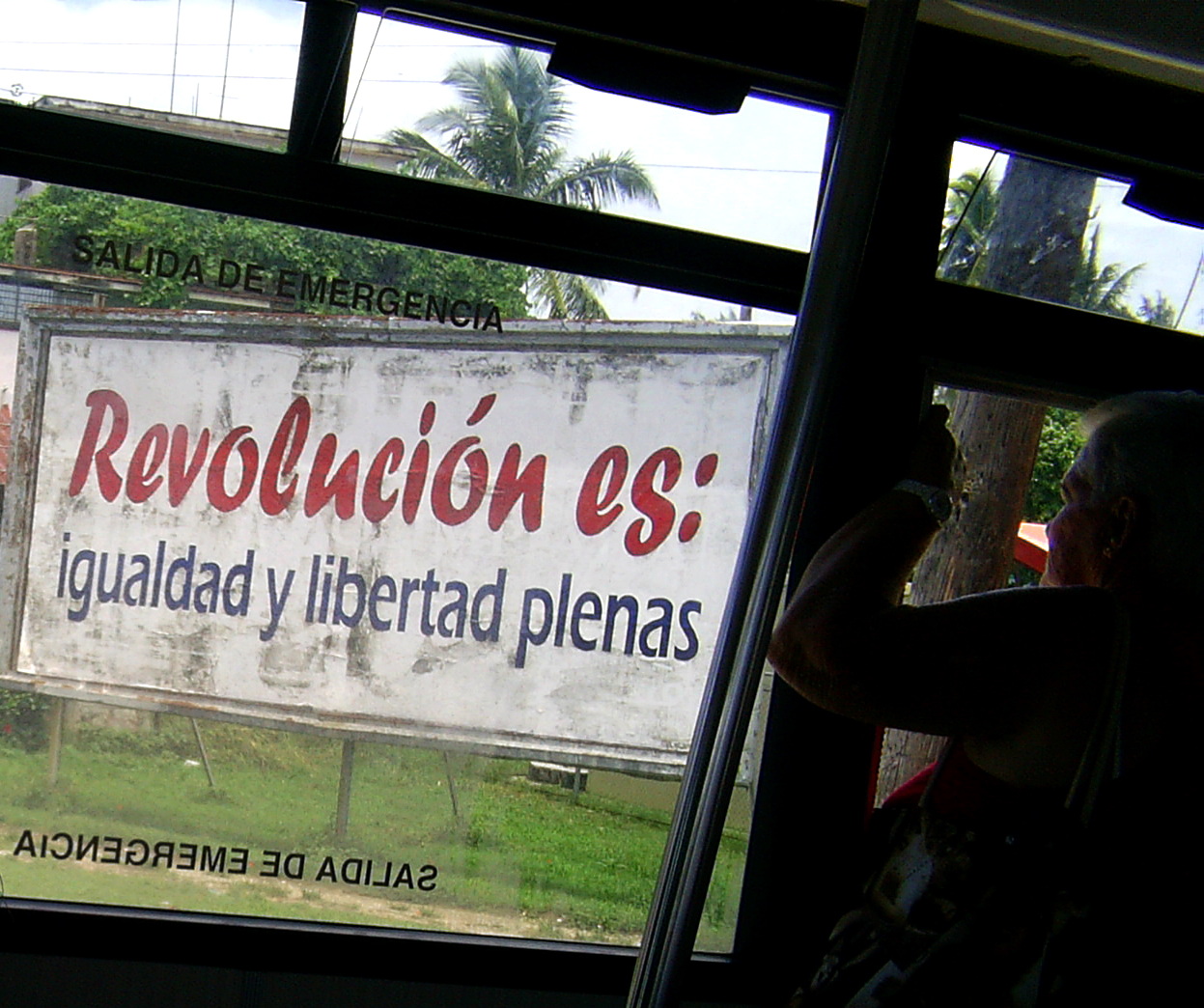 To exist in Communism is an act of dissent. According to Marxist theories, some men must die to achieve the social justice conceived as the dictatorship of the proletariat, a dictatorship in reality exercised by the State.

The need to repeat the ideological discourse with the aim of creating a new species resembles fascism with a racial theory to me. All this involves extreme violence against the human psyche. The violence and the absolute power of the state spreads fear until the day that something or someone teaches you that submission against human nature itself foreshadows the triumph of the dictatorship of the state; but perseverance, the immutability of the tendency of man to freedom is the death of totalitarianism.

And I, as a woman who believes in God, Christianity, the Trinity, having obsessively read The Dark Night of San Juan de la Cruz, years ago, I think that if the essence of the soul is God and the knowledge that God is gives me is a sense of safety, with faith as a mustard seed we can beat Castro-communism. Full speed ahead!