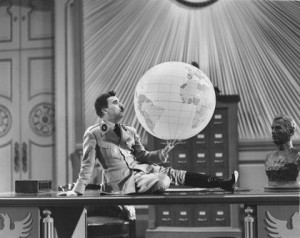 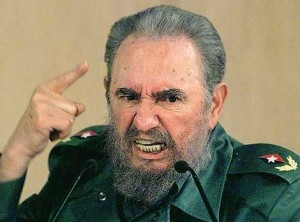 A Spanish friend of mine who has come twice to Cuba told me that she read the official press while in the airport, and according to that paper it makes it seem as if, despite all the problems, deficiencies, and tensions she witnessed when she met with a wide range of people, there are no problems in the island.

“It’s as if there was no dirty laundry, or as if there were laws against washing it in public. The newspapers I read did not mention anything about the crisis, the lack of material things, or about all the collapses in Havana. Instead, they all pointed out success stories from the country and all the disasters that have occurred, and are occurring, in the rest of the world, which seems very exaggerated, just like the talk about victories against the enemy. Which enemy are they referring to?”

Upon finding it impossible to avoid the subject, I told my friend that this was all part of the vertical structure imposed by the single Party which carries out orders from a department that monopolizes the control over the media, while saying that they speak the truth, from a headquarters in the capital which lashes out orders from top to bottom. In addition, there are also radio stations that do the same thing.

“But it is the final straw in censorship.”

Yes, the media is gagged in favor of a propaganda plan that emphasizes historic celebrations, political indoctrination of the personnel who write for the media and who are required to be loyal party members and to fabricate a social mirage of an attainable utopia.

“But then it is a planned fraud…”

Yes, but masked by columns of smoke. In other words, they over-value the importance of pre-determined productive results, they present what is theoretically possible as something imminent, and to top it off they shuffle around the desired values as if they were facts…

Machiavellian and authentic, for the information data, like testimonies by heroes and functionaries, outweigh what people actually should hear. And in that manner, everything we lack is attributed to the hostility of the enemy and to the foreign problems that affect our state.

“In a way where public expression in regards to the problem belongs to the discourse from those in power.”

Of course. The rest is done by the auto-censorship practiced by communicators, who praise the success of health, education, and economic sectors, even though these same sectors reflect the crisis of the system and of the style of rule and law practiced by the Maximum Leader for a very long time now.

For decades now, the government has suffered from loss of vision — which can’t be cured — towards the reality that the Cuban people face. In medical terms, this is known as glaucoma, a disease which can end in blindness. The rulers of this nation can be diagnosed with such a sickness.

“But aren’t there worthy reporters?”

Yes, the most worthy or ingenious ones “criticize” from their positions of political militancy, while they lose credibility and join forces with the simulators who comply with orders coming from the apparatus, and they do not defy the higher-ups.

“Can one speak of alternatives?”

The alternative lies in the independent press and in the civic journalism carried out by blogs and Twitterers. They are the ones who write without censorship, they denounce the crimes of the regime, and they debunk myths about the supposed social homogeneity mentioned by the ideologists of an apparatus that perceives sees the country through the dark lens of the government.