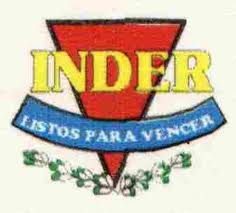 A chess teacher was a victim of abuse of power by the director of the sports complex in the Arroyo municipality in the Cuban capital, who, for personal reasons, almost put the coach out in the street.

As always, Roberto a man of 55, whose whole life has been devoted to sport as an athlete or a coach, he was practically on the street without having a place to offer chess classes to his students. This situation occurred because of a personal interest of the director of sports for the “Los Pinos” sports complex. The case was, he was trying to expel by force the place where the chess training was undertaken, because this place was a part of the structure of the director’s brother house.

For years everyone who lived there wanted to get the teachers out to be able to take over the premises and enlarge their home, but they never could because the hall belonged to the sports authority, so they used the pretext that the noise was unbearable and bothered them.

I think it’s a bit absurd to suggest that a chess class generates a lot of noise, activity and bad behavior, because the characteristics of this sport is that it required concentration and tranquility, and in short all the synonyms for silence. But the opportunity came with the influence of the director, who made life impossible for the teacher, having forgotten the sports results of the municipality to the point where he was about to kick him out into the street.

The desperate man did not give up and fought for his job, clarifying the whole matter and why there was so much repression against him.  In the end, the teacher is working elsewhere, with the cost still charged to the center, and the director continues in his job while his brother is left with the space.