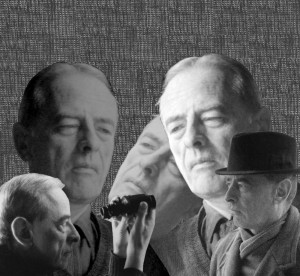 I do not know if there is any index of foreign authors published by Cuban publishing houses in the twentieth century and the first decade of the twenty-first, but if so I would guess that the Polish writer Witold Gombrowicz is excluded. He is known, however, to creators who read his diaries and novels, received from Spain or Buenos Aires, where he lived more than twenty years from 1939 and gained fame for his Rock of the Café Rex, sharing youthful discussions with Virgilio Piñera — as quirky then and as unknown as Gombrowicz himself — who prepared the preface to The Cold Tales, “Piñera wants to make palpable the cosmic madness of the man who devours himself as he pays tribute to an insane logic.”

Born in Moloszyce Manor, south of Warsaw in 1904, and dying in Vence, France, in 1969, Gombrowicz had a fate as random as that of the aristocratic family fallen on hard times with the occupation of Poland by the Russians and the Germans. After studying law in Warsaw and philosophy in Paris, he briefly practiced the legal profession. He had published a book of stories, a play and the novel Ferdydurke, later translated into several languages, when he was surprised by the outbreak of the Second World War while on a ship to Argentina

Author, as well, of three plays, five novels, two books of short stories, diaries, autobiographies and philosophical and cultural writings, Gombrowicz influenced the literary scene in Europe and South America. He was rediscovered in Paris and Warsaw with the drama Yvonne, Princess of Burgundy; he won fame for the reissues of Transatlantic, The Possessed, Memories of the Time of Immaturity, Cosmos, Diaries and Philosophy Course in Six Hours and Fifteen Minutes. 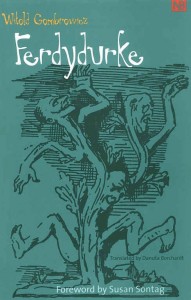 Before returning to Europe in 1963 he was a mythical reference in Argentina, where his spiritual legacy echoed in the statements of those pundits of Café Rex, and in Ferdydurke translated and published which encouraged him to write his memoirs and fiction, although his bohemian life and the precarious existence of the creator, accentuated by its provocative nature and regardless and because of the distance with consecrated, among them J. L. Borges, who spoke of him as a man of “profound loneliness and superficial in his dealings with the world.”

Both in Europe and in Argentina Gombrowicz was considered an outsider. In the preface to one of his books Ernesto Sabato described him as “a skinny guy, very nervous, how greedily sucked his cigarette and issued scornfully arrogant and unexpected judgments.” Surely the words cited below, raised hackles among “priests” of psychoanalysis: “Psychoanalysis!Diagnosis!Formula!. I would bite the hand of the psychiatrist who tried expose me, depriving me of my inner life; it is not that the artist does not have complexes, but that he knows howto transform the complex into a cultural value. “

In Buenos Aires he wrote Argentine Diary, Succinct Autobiography, The Seduction, the novel Transatlantic, the drama Marriage, the stories The Banquet and The Rat, and the comedic musical Operetta. Back in Europe, where he married the young Canadian Maria Rita Labrouse, he finished the novel Cosmos, awarded the International Prize for Literature.

The significance of Ferdydurke, described by critics as a masterpiece and by Gombrowicz as a “libel”, indicates a before and after in the European literature of the first half of the twentieth century. This piece difficult to classify reveals the insolence and impudence of the author, whose acrobat soul joins his passion for philosophy, enthusiasm for life and disdain for appearances and dictatorships.

In Cuba we barely know this Polish writer. Perhaps the “forgetting” of his books by our publishers is due to his acute reflections on Marxism and the demystification of the “dictatorship of the proletariat”, which still prevails on the island that sanctifies the working class — but as said Witold Gombrowicz said, “… no one is interested in producing or in forcing others to do so …”