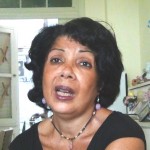 The sale of unrationed eggs at 1.50 Cuban pesos, one of the cheapest foods most in demand by the capital’s population, has disappeared, as has the re-sale at 2.00 pesos in private homes and in the street.

Aspects denoting lack of organization and laziness significantly affected the poultry production of entities such as the National Poultry Complex of Camagüey (CANC), which belongs to the Ministry of Agriculture (MINAG).

According to a report that appeared on Sunday January 6 in the government newspaper Juventud Rebelde (Rebel Youth), the main cause of the low production was the delay in delivery of essential food for birds, so that more than 600,000 suffered from a lack of feed.

The directors of basic industries have no power to determine what to do in any contingency, the State always controls and rarely helps, hence the negative impact seems to be cured only with the replacement of birds.

Despite efforts undertaken that have not been given permission to own their own feed mills, in Camagüey, for example, that have to go to provinces far away as Villa Clara and Cienfuegos for feed, which raises the usual problems of transportation, the most absurd of which is the ban on transport records leaving the province where the CANC is located.

The government “sticks its nose into everything” is unable to provide these companies new technology, spare parts and bank accounts in order to undertake their operations so they do not have financial autonomy and must carry out their financial transactions in Cienfuegos, the reason we are seeing economic-productive losses.

These problems have a negative impact on the workers because reductions in productivity reduce their wages, due to a piece-rate system. As is common in the imperfect Cuban economic model, the workers and the people in general who can only opt for the standard quota of 10 eggs per month, are suffering the breakdown of the productive process full of subjectivities that never affect the ruling class.