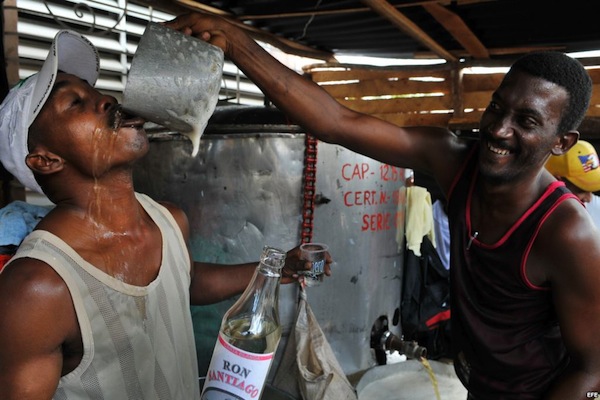 HAVANA, CUBA – In Cuba, every year hundreds of people die from alcoholism. A recently published study on the issue of alcoholism in the Americas, in the magazine “Addiction,” says that the mortality indices affect mainly Cubans between 50 and 69 years of age.

The information, gathered by the Pan American Health Organization and the World Health Organization, is hugely useful in looking at a phenomenon that affects every social strata. The issue could be more dramatic and shown in the study, and also affect youth. It’s well known that alcohol consumption among young people is increasing.

A tour around any area of the capital, especially the neighborhoods in the outskirts, is sufficient to feel discouraged about a solution to the problem.

In addition to the ever increasing amount of alcohol consumed, there is also the constant decline in the quality of the product. There are many clandestine factories where adulterated alcoholic drinks are produced. Whatever drink comes out of these places is full of dirt and rust and it sells like hotcakes. 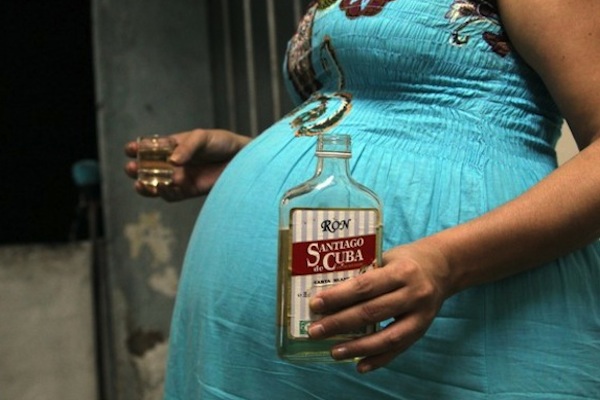 A good part of the market is supplied by these producers. Even the dollar stores take advantage of the illegal supply of rums and liquors, made with raw materials stolen from the state companies.

In addition to the painful deaths that result, the addicts who consume these low quality products can suffer long-term neurological and digestive damage over the long time. Assistance programs lack a systemic focus and only reach a tiny part of those affected.

The proliferation of poverty, the increasing spiral of traffic infractions, and the standardization of violent events associated with alcoholism are the affects, apparently irreversible, of a process of political, social and economic collapse.

“Getting drunk is the only way to endure the problems,” I hear from Roberto, a 60-year-old man, just before he takes a plastic bottle filled with cheap rum in a part where he gets together with other alcoholics.

The lack of housing, of fairly-paid work, and the absence of any perspective of the future, are some of the causes of this problem for the majority of Cubans who can’t live without alcohol.

“I have work, and what? My salary doesn’t support me. To live in a house that is on the verge of falling down with nine other people and without any hopes of anything,” says a woman called Marlen, who works as a cleaner at a Ministry of Transport company. 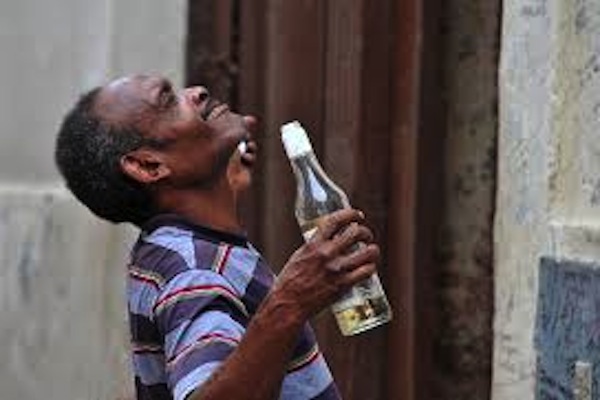 “Alcohol takes the weight off a little. I drink every day I can’t sleep without a swallow. My life is a dead-end with no exit,” she adds.

According to the report, Cuba appears along with Argentina, Canada, Costa Rice, Paraguay and the Unites States among the countries with the highest rates of addiction among the age-ranges cited at the beginning of the article.

This data never appears in the official press. Much less the number of deaths related to alcoholism, the numbers confined to asylums, and those who roam the streets like zombies.