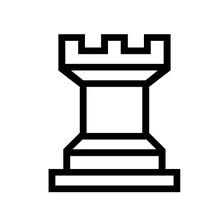 The chess-playing brothers of the Cuban Council of State spend almost all their time in separate presidential seats moving pawns. Eventually they leave scars, but they smear them with the Honey of Power with great healing properties, so they are healed quickly and turn into keys proof against replacement. They have an excessive and unattainable ELO rating in the game, so the international association (known as FIDE by its acronym in French: Federation Internationale des Eschecs) has left them incorrigible. They play with their own rules on a different board, with fewer squares for their subordinates and more squares for themselves. They have no queens and only one knight, but still they call it chess.

These chess players do not participate in international tournaments because they refuse to be examined by FIDE and, at home, they do not care to submit to anyone’s judgment their capabilities and titles of grand masters of the scientific game that they did not invent, but their consider their own, and they and are unwilling to expose it to the scrutiny and service of others.