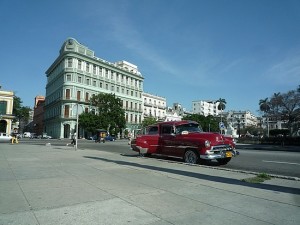 Like every Saturday, the small twelve-band radios tuned to Spain’s Radio Exterior. Suddenly I hear the news. At age 89, the director and screenwriter Luis García Berlanga has died in Madrid.

The man who put the gold in Spanish cinema was very well-known and appreciated in Cuba. Cuban lovers of the seventh art had placed him on the altar of the world’s great directors.

The themes of these films are not beyond me. If I had ever had a chance to shoot a film, my style would have been very similar to García Berlanga’s.

The shortwave also brought me another story. Very different. Finally, the Burmese military (any resemblance to the Cuban is not mere coincidence), have freed the opposition leader Aung San Suu Kyi, after 15 years of house arrest.

Her release will not be broadcast on the island, much less in these times of waiting for the release of the political prisoners of the Black Spring of 2003 who do not wish to leave the country. Not to mention, of course, that for the Castro regime she is an “enemy,” equal to other Nobel Peace Prize dissidents: Lech Walesa, Dalai Lama, Shirin Ebadi and Liu Xiabo.

The news about Berlanga will be broadcast. Perhaps they will remember him in the Film Festival that opens in Havana in a few days, and even mount a retrospective of his work. Despite being inundated with pirated copies of mediocre films, the cult of good films has not disappeared in Cuba.

The celluloid artist never came to hear about it. I’m sure he would have been glad to know that Aung San Suu Kyi may leave her house.