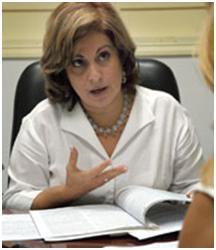 In an interview given last week to the daily Juventud Rebelde, the minister Maria Esther Reus launched the very–in capital letters–absurd thesis that “the deficiencies in legal education are a problem now because there was never a need keep people informed about the laws that govern them.”

Truly, nothing can better illustrate for us the legal ineffectiveness of a system than the words of this minister of justice.  Or is it injustice?  And she said it without the least trace of shame.