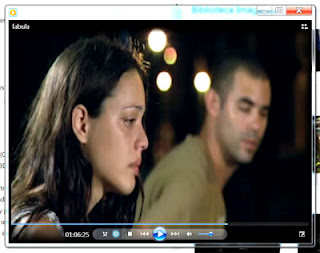 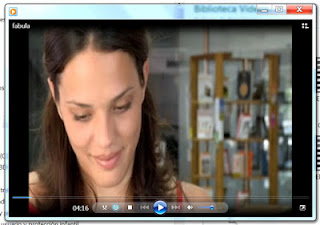 ONLY YOUR FACE IS A FABLE

I never want to talk about Cuban cinema for another two thousand years. In the feature films of our official industry official the scripts are wooden, with a reality barely believable by the actors who play it. This could be the case with Fabula (Fable), a film by Lester Hamlet (2011) inspired by an ancient story of Alberto Garrandés. It could be the case, but I don’t care. Because there are things much more important to repeat over and over again: We don’t know how to narrate ourselves in audiovisual: We’re full of tics.

Politics, for example, is a topic that fascinates me. And Cuban film is drab about it. Silly.

However, in Fabula there is an unusual vein of politicization. And this is the fabulous face of its actress, who, like imaginary miracles, I don’t wish to name so I won’t wake up from her.

There is nothing more dangerous than a face willing to give of itself, to act with a view to the mass without features that by itself alone could not experience any emotion.

I had to rerun the digital file like one possessed, feeling close-ups of that sudden face, its DNA, unexpected framing, loneliness and laughter, telephoto look or wide open by the obscene diagonals of wide angle, forehead (promise of a cerebral cortex of luxury, of lust), hair every which way, and then on top of that I had to render every facet of your voice. A voice that could only fit with the similar cephalic geometry of a young Cuban girl. Very young. Too much not to turn out to be memorable.

If in Cuba there is the star system, this column should not be typed. Other photographers have greater grip and would have already located this sleepy talent in the line of fire of freedom of expression, at the limit of any boldness or market (which are often synonymous). Sleepy, literally. Almond-shaped, sly, a hard seed to be beaten by a strong playwright before bursting into tears or anger.

I will say no more. I understand myself. The title of this film betrays all the intentions of the original story. But, on second thought, perhaps it related only to the face of its protagonist, this illusion in the making, to that promised futurity, that never broke into film (never crossed the mirror of outright realism).

Only the face is a fable, Biblical, mythic. The gem key of the watchmaker who urgently requests another intimate and epochal story, private and so political; the great impossible film made in Cuba, to not extend myself further.

I have had, for the rest, to fall in love as befits any fabulous phenomenon that takes me by surprise just when I was most artfully crafting my rhetoric. I’m sorry. My prosody of national stones gave way. Now I must start again. From zero (perhaps the vowel of my name: O). From the letter A.