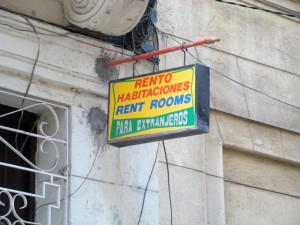 Two weeks ago, on a Monday, the State newspaper Granma published a note from the Cuban Workers Center (CTC), the only union allowed in the country. Some thought it would be one of those calls to “work with sacrifice,” or to support the path chosen by the leaders of the Revolution. But no. It was the dreaded news of massive layoffs that would soon throw the first half a million workers into the street; layoffs that are expected, within three years, to see one and a half million workers leave their State jobs. Overnight, the guarantee of full employment – one of the most publicized benefits of the Island’s socialism – has come to an end. And so, their own official propaganda apparatus announced our authorities’ worst nightmare: the day the system collapsed.

The drastic measure was justified as a part of what has been called “the perfection of the Cuban economic development model,” a euphemism intended to mask the growing application of market forces to the workings of the economy.

The panic extends to all sectors, except those traditionally short of labor: agriculture, construction and education. The government’s solution is to move laid off workers to options defined by “new forms of non-state labor relations”; translated, this means launching them into the competition of private or cooperative ventures.

As a palliative for the massive layoffs, Raul Castro’s cabinet plans to create room for private initiatives, expand the number of self-employed, and eliminate several of the absurd prohibitions which function as a straitjacket over the creativity of Cubans. Among the options that will be offered as an incentive to “be your own boss,” is one that will allow the unemployed to earn a living by renting rooms in their homes. It is easy to see, however, given the country’s excruciating housing shortage – where it’s common for three generations to share a tiny apartment – it is highly unlikely that many of these laid off workers will have spare rooms to rent. On the other hand, taxes for the permitted self-employment occupations will be extremely high, possibly reaching 45 percent of earnings.

It is also worth nothing that the herald of this bad news for the working class has been the workers’ own union, the CTC. Not only did it take on the role of justifying the layoffs, this organization wasted not a single word about the fate of the half a million union members it will lose: thousands of Cubans who will not have anyone to represent them before the State boss, which will now impose high taxes on the production of goods or services which they are expected to be engaged in going forward.

These measures, which represent a true shock therapy, are absolutely critical; if the current government leaders didn’t take them they would probably be among the first items on the agenda of those who will come to power after them. Contrary to how it was presented by the regime’s propagandists, the rocks against which the ship of the Revolution is crashing, with all its conquests on board, are not along the far shore where the sirens of capitalism sing, but here, in the illusion of Utopia, on this shore.