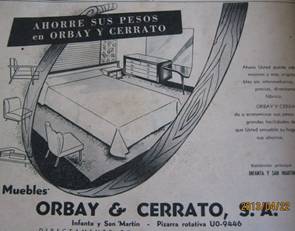 According to official propaganda — intended to validate the experimental economic measures taken during his early years in power and which is repeated incessantly — nationalizations and interventions were aimed at returning the wealth held by foreigners, mostly American, to the people.

Statistics show, however, that this was not exactly the case. Those most affected were in fact Cubans, who held between 82% and 85% of the nation’s wealth. This included the entrepreneurial and successful middle class, the principal generator of wealth and employment, most of which was liquidated during the early years. What little remained was finished off during the ludicrous “Revolutionary Offensive” of the 1970s.

In his book, The Owners of Cuba 1958, Guillermo Jiménez focuses on the island’s 551 most influential and powerful families. He notes that only 102 were foreign; the rest were Cuban. In most instances the foreigners were based in Cuba and had Cuban families, including all 65 from Spain. There were 24 Americans, some of whom had Cuban wives and lived in Cuba. At the time the nationalizations took place, the economy was largely in Cuban hands. Some 61.1% of bank deposits were held in Cuban banks, while Cuban-owned sugar processors accounted for 62.2 of daily production, with Americans accounting for 38.4%.

I bring this up because now much is being said and written about the importance of attracting foreign investment to shake the moribund Cuban economy out of its coma. The same government responsible for expelling Cuban investors (who were the majority) and foreign investors (who were the minority), now calls for their return. And what about Cubans? Priority should first be given to Cubans living in Cuba, then to Cubans scattered around the world, and finally to foreigners. Or is it that the authorities do not care about the vaunted economic independence?

It is true that in today’s globalized world no one can pursue economic development on his own, that capital is necessary, no matter where it comes from. But there must be some respect shown to one’s own nationals. At least that is what one expects of intelligent governments which actually look out for the interests of their citizens.