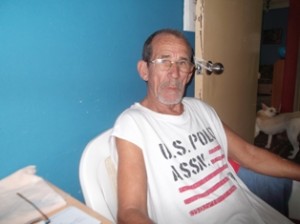 HAVANA, Cuba , December, www.cubanet.org – Pedro Yánez, an honest and decent man, led a quiet life with his wife and two small sons in a humble house built almost completely by him, on 19th Street in Santa Fe. Like almost all the residents of this seaside neighborhood to the west of Havana, he raised pigs to sell to the neighbors. He had a she-goat that gave milk and poultry for birthdays.

But one day his life changed. He began to dream of eating a steak with french fries, with their spectacular taste and smell. The dream seemed so real that one night he shot out of bed and raced the kitchen, followed by his wife, puzzled by the behavior of her husband.

“Nothing,” Pedro answered, “I just dreamt that I ate a steak.”

“C’mon, don’t dream the impossible.” She went back to bed, trying to calm him down.

But the story does not end there. The next night, Pedro had the same dream, a dream that began to repeat when he least expected it, until it became a nightmare.

When he confided his problem to a friend, the friend told him, “This is serious Pedrito. In this country you can’t eat beef, because there isn’t any, dreaming of a steak is almost a crime. Forget about it.  Imagine if you kill a cow… You’re going to rot in jail, bro. Look, better to kill the goat, or a chicken.”

So obsessed was he with the idea of eating a good steak with fries, that one night, back in the nineties, without giving it much thought, he went to the countryside and helped an old friend kill a cow that was wandering loose on the road.

The end of his story is the same as for thousands of Cubans who have been sentenced to prison for committing the crime of “Theft and Slaughter of Cattle,” punishable under Cuban law with eight years in prison, or more is the beef is stolen from a State corral.

Today, Pedro is a sad and bitter man. He laments having been from home for eight years, imprisoned like a criminal, and not being able to watch his sons, Yadiel and Anyi, grow up.

For two years Yadiel, his oldest son — a robust and happy boy — threw himself on rudimentary rafts to get to Florida, despite the shark-infested sea. On the seventh attempt he managed to get to the United States.

Today, Yadiel Yanez lives and works in Houston, Texas, as a home builder. Surely his friends there have heard him tell this story.