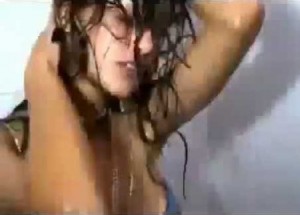 HAVANA, Cuba , November www.cubanet.org – Karina laments having come rather late to Havana from her native Santiago de Cuba. According to her, if her arrival in the capital had happened five or six years ago, the job of becoming a successful prostitute would have been much less work.

Because the competition here is huge, and the clients increasingly prefer younger girls. However, at 25, Karina still has hopes of being able to find her way through the intricacies of this craft to reach her great objective: hooking up with a “yuma,” as foreigners are called here, and getting out of this hell.

Back in Santiago, Karina left her mother and a five-year-old daughter. As a mid-level food technician, she held a job as an assistant in a seedy State snack bar, with a salary that wasn’t enough to feed her daughter. So Karina, and two other single mothers like herself, decided one day to take a train to Havana, without even knowing anyone in this city that could pave the way for them. 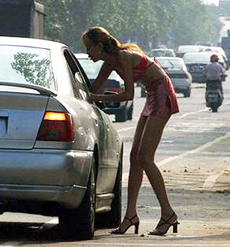 The first few days in the capital were difficult for the three girls, sometimes eating only once a day, and sleeping on benches at the train station. They continued that way until they met a man who sheltered them in his house. And at the end of several weeks, after earning the first fruits of her trade, Karina managed independence. Now she lives along in a rented room in Old Havana that she pays 50 CUC (about 50 dollars) for, and has already been able to send some money to help her family.

And what is more important, Karina has come to understand that she has several steps to reaching her goal. These days, still devoid of the material attributes that make it easier to trap the big game, Karina roams the areas of Havana where the cheapest prostitution is practiced, such as the doorways of stores on Monte Street, or the area around Fraternity Park. In these places almost all the customers are Cuba, and they generally pay five CUC for half an hour of rented love. Still, sometimes she’s lucky, hooking up with guys who offer as much as 10 or 15 CUC. Of course in these cases she has to really put herself into providing the service.

But, clearly, Karina believes this “poverty” will be transitory. She gives up certain comforts in order to save money so she can purchase elegant clothes, nice shoes and expensive perfumes. Then she will be in shape to launch herself on the Paseo del Prado or Obispo Street, the busiest in Old Havana, where there are lots of foreign tourists. 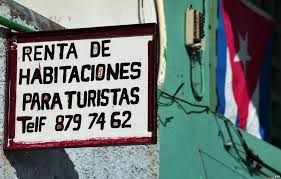 A good presence increases the probability that some yuma will focus on her — especially it he’s middle-aged, and already written off sexually in his own country — fall in love with her, marry her, and take her to live abroad. In addition, even if a marriage doesn’t materialize, every transaction that originates on Obispo or El Prado is very lucrative for a prostitute, because it’s customary in those places to charge no less than 30 CUC.

When Karina is asked why she moved to Havana instead of undertaking her work in Santiago, especially if we take into account the police repression against prostitutes here in the capital, she replied that she faces the risks for both practical and family reasons. Back in Santiago there’s less chance of meeting a yuma, perhaps only at Cespedes Park, across from the terrace of the Casa Granda Hotel.

Furthermore, she doesn’t want her mom and daughter to find out how she’s earning a living in Havana. She’s lied to them, saying she works as a cleaning lady in the residence of some foreigners. And this young woman who is a “fighter” concludes, “I’ll let them know the truth after I get out, and I can also sponsor them to get the out of this agony.” Karina didn’t want her portrait on Cubanet. And we understand.