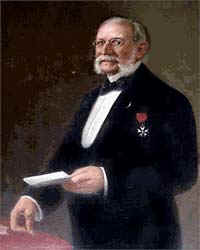 With good reason, today is “Doctors Day.” The work of Dr. Carlos Juan Finlay in investigating the causes and transmission agent of yellow fever is monumental. I can’t help but speculate that if Finlay had lived in this time, how he would have been seen by the authorities. In the fights for independence he remained on the sidelines, despite being of age to participate. Two of his sons were active in the War of Independence, but that did not separate him from his research either. However, he worked as a doctor in the interventionist U.S. Army, and worked in campaign hospitals in Santiago de Cuba, and in cleansing the city from the scourge of yellow fever. To him, the cause of independence seems to have been a peripheral issue.

Don’t misinterpret me. Finlay was clear about his priorities: In the swamp he would have been just one more doctor; his objective was to save millions.