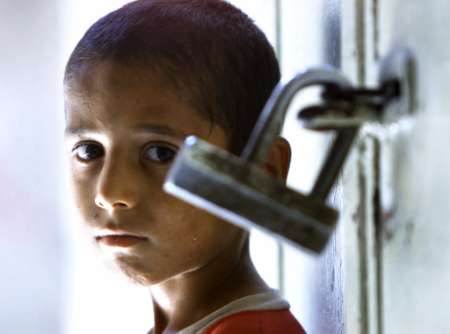 Twin brothers, sixteen years old, Yordi Emmanuel and Yoan Damian Pardo Contrera will be tried in court, charged with “Public Disorder”. Both were arrested by police officers of the Fourth Unit of Cerro when they suppressed a “regrettable and fanatic reaction of the public”, spectators attending a baseball game between the “Industriales” and “Pinar Del Rio”, this past 1st of February at the Latino Americano Sports Stadium in Havana.

The first came out in defense of his friend Robin, the second in defense of his brother. Their mother, Josefa Caridad Contrera Mequeira appealed for “clemency and justice for these creatures that are beginning to live now”. Both are good students and have no prior convictions. Never has their behavior in their neighborhood called the attention of the police.

Caridad doesn’t understand why the police arrested some without performing an investigation of others and allowing still others to go free. Currently there are four people still detained from the sixty-two that were arrested that night. She asks if all are equal before the law.

Traditionally , the police resolve these cases without going to court by virtue of the authorities that recognize the penal code, by imposing on the convicted an administrative fine and by the provisions contained in Decree 141 of the 24th of March, 1988 on Contraventions of Internal Order.

Contrera Mequeira also feels cheated. The Instructor* — a role that encompasses both interrogator and prosecutor — for the case, Captain Yuniel Batista, assured her that her sons would soon be out on the street and that it would not be necessary to hire a lawyer. Nevertheless from that moment, she found out that they would be brought before the court.

It is common that penal instructors tell the families of the accused that they will not have any problems when in reality the accused are to be arraigned. Maybe this is ignorance or a way to garner sympathy and not end up as the bad guys in the movie. In the end, it is they who are the face of the process. Perhaps it’s just simple wickedness

The truth is that after 24 hours of detention, the accused is assigned an instructor and has a great likelihood of being brought directly to court. By 72 hours, the case passes to the state prosecutor** and after seven days, it is certain that the case will be tried.

It is also certain that “public disorder” is a minor accusation. The accusation is processed under a special fast track that allows the absence of a defense lawyer. Yet in the case of the brothers, the authorities have decided to apply the additional description of “aggravated” to the charges.

According to this rule, anyone who, without justification and in public places such as entertainment events or meetings in large numbers, in any way disrupts order can be punished with between 1 to 3 years deprivation of liberty or a fine of 300 to 50,000 pesos

Still the reasoning by which the authorities decided to process the brothers judicially remains unclear. Robín, the friend who at first ended up detained by the officers of the Fourth Unit of Cerro and for whom one of the brothers came out in defense of, was acquitted or at least, recieved no indication that he would be tried.

Caridad asks for the justice of this country and thinks that the real intention of the police is to use prison to complicate her sons’ situation. The police authorities denied bail and on the 1st of March, the brothers will enter a prison for minors or “young small people” in the municipality of Cotorro

“They want to tie us up and tie us up well” wrote Yordi to his mother. “Mom I don’t want to write because I know that in the end, you’re going to read this piece of paper but I have to in order to express what I feel on being a prisoner” the adolescent emphasized.

His mother is worried. Yoan Damián has damage in his central nervous system and from two years of age, has received medical and psychiatric assistance for disruptive behavior, with permanent medication. “They’re not giving him the prescriptions that control aggressiveness, bad character, and depression. The incarceration has left him out of control,” she declared.

Yordi Emmanuel is not fed well and says he’d rather die than remain imprisoned. “I feel like crying and I can’t, yesterday I couldn’t sleep thinking of you all and today I get up feeling sadder because I’ve been here a month and two days imprisoned, I wish so much that visitor’s day comes so that I can see my mom”.

Contrera Mequeira, a single mother with hypertension at 47 years of age, doesn’t want to see what remains of her children’s childhood and adolescence lost. “Many say that this youth is lost….No!…they are throwing it away !” she stated with a mixture of anger and sadness. “I don’t know where to go or who to trust to help me with this injustice committed by our Revolution,” she concluded between tears.

The twins, 16 years old, Yaon Damian and Yordi Emmanuel never imagined that the altercation between the pitcher of the baseball team “Industriales” and the runner for Pinar Del Rio, David Castillo at the Latino Americano Sports Stadium in Havana this past February 1st would completely change their lives.

“Here in this cell, I see a piece of the world and I want to see all of it,” wrote Yordi to his mother. “Don’t worry that I’m well and tell my brother,” he says to her at the end of his missive. Perhaps in his innocence, he ignores that they are prisoners, not for being fans, but for solidarity and the police bring them to trial in order to teach them a lesson. Don’t come out in defense of anyone whether it be a friend or a brother. Mind your own business !

*Instructor and fiscalía — The names of these positions are difficult to translate because the roles in the Cuban legal system are different from those in other countries, which are also, of course, different from each other as well. An instructor may combine the roles of interrogator, investigator and prosecutor. The fiscalía is similar to a prosecutor/district attorney/attorney general in the U.S. — or magistrate in other English-speaking countries (depending on the level of government).

Laritza has written other posts that help us to understand how the system works. Here are some examples:

Cuban laws favor state arbitrariness. Example: Many citations to appear are not legally valid because they are signed by the wrong person. But if the citizen appears, their showing up automatically makes the illegal summons legal.