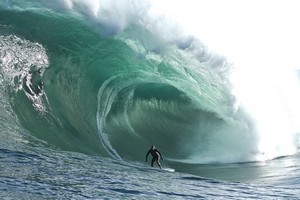 For a business relying on foreign capital to succeed in Cuba, it is essential to create a web of friendships with influential people in the government. Everyone knows how you cultivate these relationships. With good whiskey, gourmet meals and especially with thousands of convertible pesos. For ten yearsRómulo (not his real name) was the right-hand man to an entrepreneur who ran furniture businesses on the island.

Among the annual business expenses were the soirees and buffets in which the guest of honor was the former first secretary of the Communist Party in the capital. “These pesos are what open the door to a series of bids and sales of equipment to state agencies. But there is a cost. I remember that as part of one contract we had to furnish the party’s provincial headquarters for free,” he said.

Established laws are not an obstacle to juicy commissions. In spite of the creation of an office to fight corruption, headed by Gladys Bejerano and charged with halting under-the-table deals and the flow of “black money,” the biggest problems for any businessman in Cuba are the complicated and extensive laws on foreign investments and the need to have powerful friends who can guarantee you a market monopoly.

The island is certainly not a good place for serious capitalists to invest. It is more of a field for adventurers. There are the regime’sbreaches of contract and absurd actions. At the drop of a hat they can shut down your business and confiscate all your equipment, or come up with a regulation that prevents you from withdrawing bank funds that exceed $10 million – a kind of corralito a la cubana.*

Doing business in Cuba is like surfing on rough seas. Another problem is the hiring of contract workers through a government agency. Having to pay the government 100% of each worker’s salary in hard currency, which in turn pays them poverty-level wages, means that theft and shoddy workmanship are the order of the day. Foreign business owners often solve the problem by paying their employees a little extra on the side, or by giving them baskets of food and other essential consumer goods. Capitalism in Cuba is business practiced among friends.

Brazil under Dilma Rousseff has changed bidding procedures by transforming the state into an entity that does not hire, but rather adjudicates and awards contracts based on the lowest bid, eliminating corruption in the bidding process. In contrastthe golden rulein the Cuba of GeneralRaúl Castro is to court influence with the regime’s officials by opening up the checkbook to make sure the machinery is running.

The more powerful the business partner, the better. In the 1990s, hotel investors likeMelíá were promoted by Fidel Castro himself, who unveiled several tourism projects. We are not seeing the worst; it is yet to come. Cuba’s legal system is set up to turn it into the worst version of unbridled capitalism, with factories where employees work for a dollar a day, and without independent labor unions to defend the workers’ rights.

Suspicious capital consortiums like RAFIN, the majority shareholder of ETECSA, the state-owned telecommunications company run by khaki-green businessmen, promise to be major players.** Now the GAESA group, led byLuis Alberto López-Calleja,son-in-law of RaúlCastro, controls a broad sector of the Cuban business world. In ten years we could go from a capitalism of friends to a capitalism of family members. Everything points to this.

Photo: The Shipsterns Bluff in Tasmania, Australia can reach heights of five meters and is one of the biggest and heaviest waves in the world. Source: correrolas.com

*Translator’s notes: Corralito, or corraling, refers to a series of measures taken by Argentina in 2001 to prevent a run on its banks.

**The Cuban state company Rafin S.A. recently bought Telecom Italia’s 27% share in ETECSA for $706 million. Khaki-green or olive-green is a term often used in Cuba in reference to the Castro-led government.