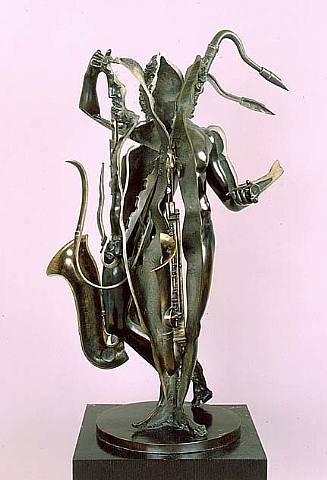 The absence of rules in the majority of private Cuban childcare centers means that some kids arrive late every day and their parents and families, with the greatest nonchalance, explain that they fell asleep, or the babies didn’t want to get up, which in many cases is certainly true. There are rarely justifiable reasons. They are “musical” people who don’t worry too much. This has nothing to do with those parents who increase their pay with incredible sacrifices so that their child is well taken care of, and in many families the parents work irregular hours.

In Cuba’s private childcares there are disconcerting events due to the limited experience and training of mothers and families, but also because the majority of educators and proprietors need a proper business and educational vision.

There are people characterized by their tardiness. Almost always, they confidently arrive at least 30 minutes after the appointed time. The fact remains that conscientiousness in the Greater Antilles should be calculated with “luck” and at least an hour ahead of time.

Being on time is not easy. It is not only due to lack of money. For Cubans, taxis, popularly known as “boatmen,” adapt their routes to the places according to the driver’s decisions: The most profitable routes. Also the trip is shared with others.

The tourist taxis are used to finding the address of the customer, but with high rates. The other option: the city bus, that suffering and well-used means of transport, the “bus” is very affordable (under $ 0.05 USD) but with deplorable service.

The quality of management is easy to imagine in a Havana with more than 2 million people without a means of transportation such as subways and full of jalopies (a word used years ago in a speech former President Fidel Castro referring to private cars, mostly old models, owned by ordinary citizens).

The other provinces are also pressed to move people and goods. There people yawn with boredom when they hear the word vehicle. Lateness, and its sister, unreliability, are rampant.

The lethal habit of being late is accepted by the great majority. Even television programming is inexact or changes its schedule for problems of “programming” or “technical”. However, delays have a high price from the time toddler begins in day care centers all the way to the universities. Tardiness needs a very good justification.

At some levels of education students lose the academic year for unexcused absences — tardiness by another name; if they arrive late they not allowed to enter classes.

As soon as the little kids arrive late, they participate in the activities of kindergartens overseen by ACDEI (Cuban Association for the Development of Primary Education). In the end, all the kids are dealt colorful stickers with numbers or figures. The first to choose who get the higher values, selected according to their preference, are those who arrive on time, because:

– A school must be on time, the highest grades are for those who want to learn the most.

Using different strategies and changes in organizational culture, little by little, things change. There are already students who demand that they arrive early so they can sit in the place they want and choose the sticker with the most beautiful design.

To reward tardiness from the time students are little can have unexpected consequences. Imagine a child who comes to believe in the right to be late. The handy excuse for some parents of questioning the quality of the Cuban education system is a tactic used by those with good economic opportunities and various material resources. Many of these young people go abroad and discover the grim reality: scandalously they fail their tests even though they thought they knew a lot. Meanwhile others graduate in first world countries in two and three university majors, or finish a master’s degree in a year or start their PhD programs right after graduating.

Now if the child is late, educators warn:

Punctuality is synonymous with seriousness and responsibility. One lady offered to make a poster to place in the daycare:

“The shrimp that falls asleep is carried away by the current.”

If I could choose, I would propose a sign: