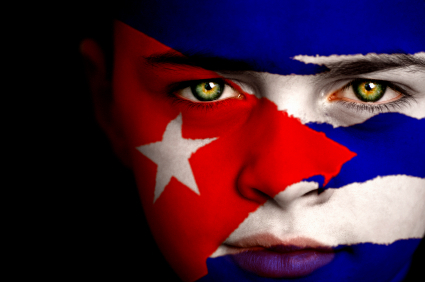 In my last post I talked about the emigration/immigration issue, but I didn’t mention there what I consider the worst sequel, which is the lack of identity of some who leave. Without intending it, as in all human matters, everyone travels the same path because each person is a universe, I have seen with sadness how a significant share of those who emigrate do so denying everything they left here; they confuse the skin with the sweet potato and mix it all up in a mess of curses and blasphemies which put in a single sack our patriotic songs, neighborhood stool pigeons, Matamoros music, the line for bread, the National Anthem, and our beloved poetry.

Although depending on their personality and culture, too often those who leave and return within a few months, now bring in their suitcase a foreign accent more authentic than that of the natives over there, in a pathetic attempt to show off their new “swing,” and often also have the bad taste to wear thick gold chains — more than a few times rented for the occasion — putting on a ridiculous display with an array of artifices that scream of their shame for their past.

All this seems to be the consequence of what in one of my recurring mental workshops I have named the “psychology of the prison,” which is how I see these things; someone who is imprisoned or confined quickly comes to two inescapable conclusions. First, they are facing an immutable power that establishes rigid and threatening rules which exceed even insurmountable limits, rules that must be abided by no matter what, it being useless to question them. The second conclusion, in the face of this reality there is only one recourse, flee.

And it is following this logical thinking that the average citizen in Cuba, to avoid this harshest of realities of a bad life, almost always focuses his gaze on the horizon.

To this point, everything seems reasonable, because to try to widen our horizons and improve our standard of living is a natural thing. It is precisely this that made man into what he is today. It was this back and forth of experience and markets, and never the claustrophobia within limited geographic places, which drove the prosperity of the great cultures. But from this to drinking the Coca-Cola of oblivion and making a disposable package of everything that smacks of Cuba, is an enormous difference.

All great men have had as a rule — there being a few exceptions in the style of our Lezama — the healthy habit of travel. It is true that everyone has the right to form their own concept of country and to carry it with them in their own way wherever they are, but it is nothing more than the nostalgia for everything beautiful and praiseworthy they left here, that healthy pride for what is most genuine in Cuba, treasured in modest silence and the depth of one’s heart, which differs substantially from this Cuban to that; I speak of this Cuba that belongs to all of us, that will always be where we place our feet, a Cuba that does not like slogans or political colors other than its flag, for which it lives and dies, wherever you may be, a good Cuban. It is in essence, discerning between the caricature and the homeland.

Although I live proud of this, I also agonize when a considerable part of our youth — some? half? most? — fix their eyes on other latitudes, feeling that they will not have, here, the least opportunity to build a future. This heartache is symptomatic of serious evils accumulated over decades and does not seem, at least when the sun came up today, to have a solution in the short or medium term.

The fate of tens of thousands of young people who, a few years ago, made up the army of social workers who ended up conned when they spread out across the entire country to substitute energy-saving pots and light bulbs — then fell into the ranks of the PNR (National Revolutionary Police) or the DTI (State Security) — or the massive suspension of their careers, after a couple of courses and without much explanation. The majority of these students who made it to the third year of public health technologies, are eloquent examples of how poor planning and miscalculation of the needs of the country have frustrated generations of young people.

As a consequence we see quite a few Cubans poking their family tree to resurrect an ancestor from the Canary Islands, but if they don’t manage to get Spanish citizenship, suddenly it’s all the same to them if it’s Italian, Irish, Panamanian or Martian, “… Tokyo, Barcelona, or Moscow, it’s all the same … “, anything to change their “cursed” status of Cuban citizenship — the point is to flee, however they can — because they’ve ended up considering a disgrace and a shame to be Cuban, thanks to the policies pursued by our government to deprive citizens of rights.

I recognize this lack of identity may not be unique, but the same for everyone, though they live on the Rampa in Havana, if in their heart they’ve already reneged on everything that is our. Here we do not presume to judge, as each has their reasons. I also am among those who think that homeland is humanity, after all, as the poet sang, we make the road by walking it, but if I lament and mourn those who leave, I do it because I believe that this beautiful and suffering homeland has in all its days past and present glory enough to be honored by all her children.

All of this, our leaders should consider when implementing the announced immigration reform. I hope that what has hitherto been a painful stigma, tomorrow will be a source of prosperity for the country of everyone.