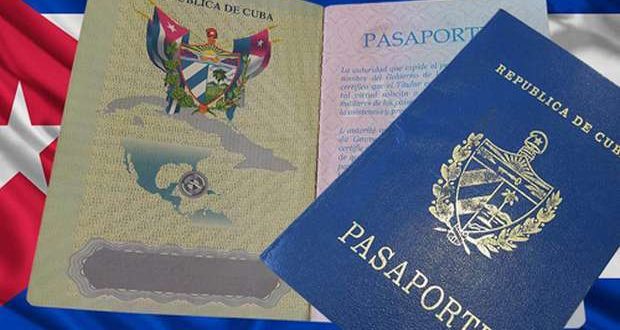 Iván García, Desde La Habana, 10 August 2020 — Casa Bacardí is a venue annex just a stone’s throw from the University of Miami. One autumn morning in 2016 it became the setting for an event headlined by political analyst and writer Carlos Alberto Montaner, Agapito Rivera — who fought in the Escambray Mountains against Fidel Castro’s army in the mid-1960s — and poet and former political prisoner Angel Cuadra, who concluded the program. The audience consisted mostly of young dissident activists and independent journalists residing in Cuba and were not intimately acquainted with that opposition movement that confronted the Castro regime with weapons and subversion.

The regime’s propaganda apparatus manipulated and misrepresented that piece of history. The Bay of Pigs combatants were cast as bourgeois who came to recover their property that had been confiscated by Fidel Castro’s olive-green revolution, and the Escambray guerrillas were a band of assassins. My friend Carlos Alberto Montaner (whose articles I would furtively read while studying at the pre-university) was, according to the official historiography, by the age of 16 an old CIA hand and admitted terrorist. Angel Cuadra was a “counter-revolutionary” and was not published in Cuba — enough to erase him from Cuban culture.

With a business card like that, anyone would think that Carlos Alberto, Agapito and Angel were intolerant and intimidating people. Nothing is further from reality. They were three old-timers bearing the infirmities of age, agreeing on one point: the war against Castro was lost, but they had fought the good fight. Times have changed. Now, the opposition is peaceful. But the plan remains in place: the goal of a democratic Cuba.

While the broken voice of Cuadra declaimed how at Playa Girón both sides fighting were Cuban, and both went to battle waving the Lone Star Flag and singing the national anthem, many of us in the audience wondered what would be the best strategy to negotiate a different future with the regime.

It was in the years of the Obama Doctrine, which boasted many supporters in the population and among the opposition. What was Barack Obama’s plan? The simple answer is, a change in policy, because the hard line of other U.S. administrations hadn’t worked. Even those who disagreed with Obama thought that, as in any negotiation, the tactic had to be quid pro quo.

The Castro autocracy, with its victim story of David versus Goliath, of the country besieged by the yanquis, suddenly ran out of arguments. Castroism was able to win at Bay of Pigs, but lost the narrative of dialogue and tolerance. All it had left were complaints, a repeat of the old discourse and absurd demands.

The rulers were exposed to their people. They were not interested in betting on democracy. They never cared about making a pact with the exiles. They did not feel comfortable having normal relations with the U.S. The issue is that the philosopher’s stone of Castroism is to perpetually maintain an enemy. Vampires live by sucking blood. The Cuban system feeds on the imperialist discourse — as long as it is about the U.S., for they have never condemned Chinese or Russian aggressions.

Was Obama’s strategy correct? Or are Trump’s restrictive measures more effective? Each faction makes its own sensible arguments. But I doubt that either of the two strategies can bring about a change in Cuba. The reforms in our country will come sooner rather than later.

Perhaps by other means. Hopefully it will not be through a social explosion. But change is on the way. It will not necessarily be a democratic project. It probably will not be. It depends on the balance of forces.

The internal opposition, disunited and unfocused, has committed a capital crime. Transferring leadership to the exile organizations in Miami. It is impossible for remote dissent to work. A new opposition must settle on the island and autonomously draw up the projects that are deemed to be most effective.

The groups in exile must be a companion voice, not the ones who design the strategies. As long as Miami shoots you WhatsApp texts about what should or should not be done, the Cuban opposition will remain irrelevant. Battles, projects and petitions are not won by litigating on social networks. They are earned with your feet on — and your ear to — the ground. By proselytizing Cubans and managing to capitalize on the widespread social discontent that exists in Cuba right now.

They say that during the Second World War, Stalin was with his generals, arranging some combat strategies, when an aide told the dictator that the Vatican had declared war on the USSR. Stalin looked at the model and wanted to know how many tank divisions these people could put in the field. None, his generals replied. And he continued to prepare the next battle against Germany, the real enemy.

As long as the internal opposition is unable to summon five or six thousand Cubans to a protest march, the regime will not negotiate with them at all. The dissidents’ weapon to confront the government is the people. On their ability to mobilize people depends the likelihood of the autocracy taking them into account.

Crusades on social media and dissident projects that are known only to their supporters, while they drink coffee in their living rooms, are never going to be successful. The Miami exile community should not wear itself out in polemics against Haila for kissing Fidel Castro* or whether former baseball player Víctor Mesa was actually an informant. These are minor issues.

What is reasonable and fruitful is to demand in international forums the right to enter and leave their homeland without having to pay a tax or obtain a visa. Claim their right to participate in national political life, to elect and be elected. To be able to invest and pay workers directly. To be heard as Cubans who matter.

Although the regime tries to ignore them, the economic and political power of the emigrants is considerable. Official statistics try to silence an overwhelming reality: remittances constitute the second industry in Cuba, after the export of medical services. As remittances are an important source of capital, the regime’s military companies have designed a commercial fabric to capture these currencies and reinvest them in the construction of golf courses and luxury hotels.

The exiles have two channels to demand their rights: negotiate with the regime, or confront it. Not with bullets. Traveling to the Island and making themselves heard. It would be more effective for thousands of compatriots to organize a protest march in Cuba and not on social media. If the internal opposition does not work, the vociferous exile community should show its face.

Something was clear to me about that event at Casa Bacardí in Miami: the incipient Cuban opposition lost the war, but risked its skin. In the hot zone. Not from an apartment on Brickell**. Outside of the ring, anyone is brave.

*Cuban singer Haila Mompié was harshly criticized in Cuban Miami for praising and kissing Fidel Castro during a concert in 2010.

**Brickell Avenue is the main road through the Brickell financial district of downtown Miami, and is lined with luxury condominium buildings.