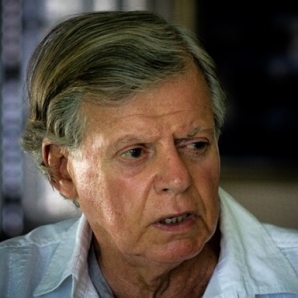 In the early hours of Monday, architect Mario Coyula (16 June 1935 to 7 July 2014), winner of the National Architecture Award, died of cancer, according to the island’s official press.

Born in 1935, Coyula directed CUJAE’s School of Architecture, he was the Director of Architecture and Urbanism for Havana, for the Group for the Integral Development of the Capital, and first president of the Havana Monuments Commission.

Among the “most notorious” of the works he participated in was the Mausoleum of the March 13th Heroes, located in the Colón Cemetery, as well as the Martyrs Park at Infanta and San Lazaro, “considered the first major monument after te triumph of the Revolution.”

He also did the Duplex House in the Camilo Cienfuegos City School and the conversion of the of the former Caballero Funeral Home into a House of Culture.

Coyula was editor-in-chief of Architecture-Cuba magazine, and he was a member of the editorial boards of Architecture and Urbanism, Temas, and Revista Bimestre Cubana.

He published more than two hundred articles, prologues, essays and reviews in several Cuban and foreign journals. He gave lectures, workshops and critiques in more than forty universities and cultural centers in twenty countries.

He was designated a Fellow of the SIGUS program at the Massachusetts Institute of Technology (MIT) in 1990, and since 2001 was the member of the International Research Group on Architecture and Infrastructure (GRAI), currently LIAT (Research Laboratory on Infrastructure, Architecture and Planning ), based in Paris.

He was also a visiting professor at the Graduate School of Design at Harvard University and of Urban Strategies at the University of Applied Arts in Vienna.

In addition to the National Architecture Award, he received the Cultural Heritage Award, the Joaquin Weiss Critics Award, the Essay Prize from the International Association of Art Critics, “Choice” Award for academic books of relevance in the United States.

According to his family, his body will be cremated.