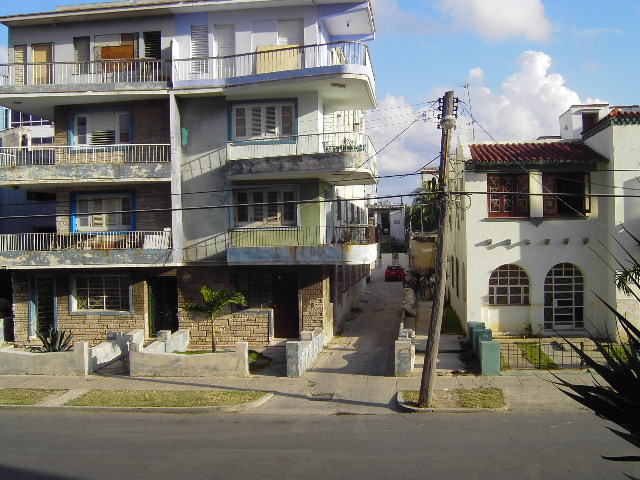 On January 21 the Havana Court suspended Yamilí Barges Hurtado’s eviction, planned for March 22, from her house facing the Cohiba Hotel, as well as that of the heirs of the other partner in the house-swap in the east of Havana.

According to Barges Hurtado, a sheriff from the court of justice announced the decision to representatives of the state-run organizations in her neighborhood, at approximately 5 pm. The official said the court of justice suspended the eviction because of questions of security. “Nobody told me,” Bargas Hurtado said.

Eleazar Yosvany Toledo Rivero, 34, responsible for removing Yamilé from her property, was also informed, by a phone call from neighborhood leaders, of the decision. Supposedly the plaintiff told the court on January 18 of the impossibility of carrying out the eviction for lack of transportation.

The excluded heir asked the Court to nullify the swap undertaken by both families ten years ago, and for the right to occupy Yamile’s house facing the Cohiba. The court granted the property without acknowledging her.

Regardless of the court, he didn’t give up. He called the heirs of Rivero Dominguez heirs and representatives of the state-run organizations of the Vedado and Bahia neighborhoods, to a hearing on 25 January. “I wasn’t summoned” adds Barges Hurtado, who says the eviction is scheduled for February 5.

Yamile learned of the suspension by the heirs of the other property in the trade and neighbors summoned by the court of justice. “It is a psychological war,” she says. On November 15 the eviction was planned to occur and didn’t happened. “I can’t take it anymore, I have psychiatric problems, whatever happens,” she adds.

In Cuba it is not common for courts to order evictions. Evictions, called “extractions,” are made by the Department of Housing, after declaring the occupants of a building illegal. In the case of Barges Hurtado, the administrative body acts when the People’s Provincial Court recognizes the property ownership one of the heirs at issue.

The heirs of the other property in the trade plan to sue Eleazar try to demonstrate their right to the house and to stop the eviction. Yamile will be presented in the process as a stakeholder. She needs legal advice and only the lawyers affiliated with the State-run National Organization of Collective Law, the only one of its kind in the country, can represent people before the courts or state agencies. She does not trust anyone.

According Yamile she contracted the services of three lawyers to defend her. The first, Mrs. Clara Elena Diaz Olivera was bought by the counterparty, Ms. Alba Rosa Perna Recio. The others, on learning who was representing the excluded heir, gave up the case as a lost cause.

Barges Hurtado says there is corruption in the case because with the judge Dania Pardo Garcia, former president of the Judges Commission, there are friendly relations. “At the last hearing, the went to lunch together,” she says.