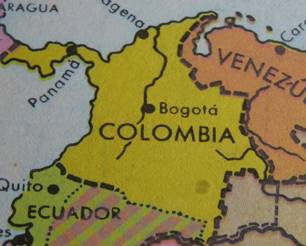 In recent days talks have been taking place in Havana between delegations from the Colombian government and the FARC. This constitutes a positive and necessary step in efforts to find a solution to the violent conflict that for many years has brought bloodshed, death and suffering to the Colombian people.

It is worth noting, however, that, while the government’s representatives maintain a respectful stance towards the country hosting them by avoiding making statements or giving interviews that could adversely affect the talks, representatives of the guerrilla group never cease to hold press conferences, issue communiques, make irrelevant compensation claims for actions which occurred more than eighty years ago, present a full-size cardboard cutout of one of their leaders sentenced to sixty years in prison in the United States for drug trafficking (while demanding his release so that he can participate in the talks), use opportunistic language (such as “Cuba, the island of peace”) and other tactics in a desperate attempt to gain media attention.

Its comandantes, dubbed “shooting stars” by the official Cuban press, visit embassies, run around the city and enjoy their status as “political tourists,” demonstrating the close fraternal bonds they enjoy with their Cuban friends. Perhaps by dressing in civilian clothes and always smiling, they hope to sweep away their nefarious history of kidnappings, explosions, assassinations, torture (by strapping explosive collars around the necks of their victims), bank robberies, extortions of landowners and businessmen, evictions of peasants, and drug trafficking.

We trust that, in spite of the media spectacle, after so many reverses and loss of prestige they have gained some experience and are acting in good faith, in search of a serious negotiated solution for peace and not stalling for time by “washing their hands and face” in order to continue practicing the business of violence as a way of life