In just thirteen minutes of history human rights activists told how they were attacked by political police officers and men in plain clothes. The reason? Castro graffiti on the streets, and posters hanging from roofs.

Without meaning to justify themselves, young dissidents explain how they have been surprised that when these signs appear they are held responsible for them and that they come from the increasingly discontented population of the whole country.

The independent visual experimentation group, Palenque Vision, of the Eastern Democratic Alliance, has released from the tangled Guantanamera geography a documentary produced by themselves and directed by Rolando Rodriguez Lobaina. The material, entitled “For Cuba, Freedom”, is supported by a simple narrative, without makeup, profusion of visual effects or complicated editing.

This same group recently produced an amusing video shot with  a hidden camera showing delegates to an assembly prior to municipal elections of the People’s Power in Baracoa, Guantanamo, last September, where the revolutionary leaders fall into a deep sleep to the rhythm of harangues.

Right now the Cuban documentary is found in small viewings in intellectual circles, the few spaces for exhibitions and festivals, and the rich environment of everyday life underground. Alternative distribution routes are growing — from citizen to citizen — enriching the immediate reality.

The proliferation of flash memory, the use and popularization of something as useful as the home DVD player, and the release by the Cuban government of patents for reproducing and selling audiovisual products on the part of the self-employed, have enlarged Cuban viewers’ opportunities over the last five years.

The American television series that propaganda apparatus on the island do not allow to be releases, materials from Cuban athletes living abroad, telenovelas, historical films, action adventure (all produced by capitalists), go from house to house, in cutting edge technological devices or the almost obsolete CDs.

Amid this avalanche also coming into homes are materials showing Cuban government repression or closeups denouncing the misery in which the country finds itself.

The documentaries of Vision Palenque join the materials coming out of film schools and independent experimental groups, which have produced debates as such as Citizens’ Reasons and State of Sats (Estado de Sats) and reports such as those from Let’s Talk Press (Hablemos Press) and other independent news agencies .

This is a good sign for the health of the Cuban documentary. 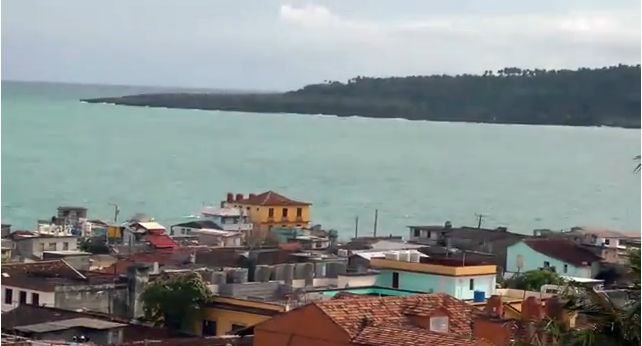