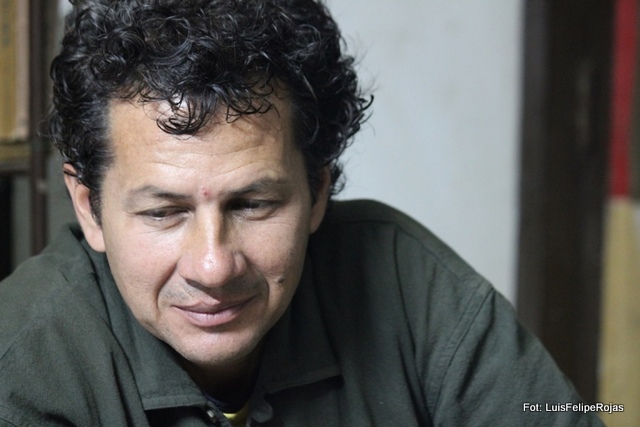 The writer Rafael Vilches from Bayamo-Holguin supports his colleague Angel Santiesteban, now that they want to imprison him.

Angel as you were that morning at the presentation of my Defenseless Angels, and have been all these years of friendship with my martyrdoms and happy times, the last time we saw each other was not at Maria Antonia’s house, but in the house of some friends and we talked a lot. Now I raise my hand for justice and I know what I’m exposed to.

I thank everyone who read my novel and gave me their valid and sincere opinions; Edgardo Higinio Fonseca who in his time wanted me to rewrite; Hector Garcia Quintana who when he was editing for the Spanish publisher El Barco Ebrio (The Drunken Boat) and he made me reread the novel calmly because he felt that it lacked complete fragments; Yoenia Gallardo who read the first printing; Yulia Carrazana who in copying the novel ate some piece and was guilty of this rewrite; Eliezer Almaguer who forced me to rewrite it entirely sitting beside me as a fussy editor and as the friend and brother he is. And again the El Barco Ebrio Publisher for trusting in me and publishing it. Thanks friends.

We are all afraid. But there is something worse than fear. Human misery.

PS: Juventina Soler let me know that the person who presented by book in Havana was Guillermo Vidal