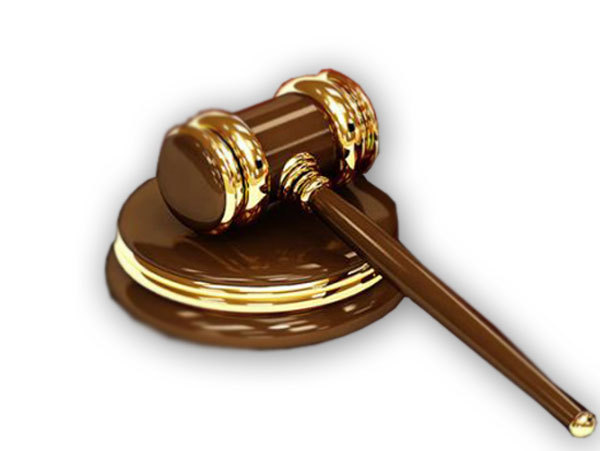 As a consequence of the sad social deterioration and the weak rule of law in our country, for years now there has been an increase in the dangerous behavior of the citizens and other state entities that refuse to fulfill the sentences dictated by the courts, also due to the limited powers that these courts have to enforce their decisions.

The Cuban Constitution states in its article 123:

“The sentences and other final court decisions … are of unquestionable compliance by the state agencies, the economic and social entities, and the citizens.”

The complementary law covering the objectives, functioning and procedure of the Cuban courts is Law 82 of the People’s Courts. Its Article 7 summarizes clearly their mandate and responsibility:

“Article 7. – Legality in the judicial process is guaranteed by:

“The obligation of state agencies, state organizations and public entities to comply with and enforce court sentences and all final tribunal resolutions, dictated within the limits of their power.

“Citizens, political, social and mass organizations, associations, and private national and foreign entities must comply with and enforce court sentences and all final tribunal resolutions…

“Tribunals must effectively carry out the dictated court sentences and must watch over their compliance and the work of the entities in charge of enforcing these sentences.”

There are countless examples, that have come to our Association, of issues that, in sad and dangerous ways, are affecting our safety and public order, and even worse, the trust and faith in the highest-level judicial institutions of our country, such as:

Sentences authorizing the occupation or vacating of a citizen’s residence.

Resolutions to compensate a worker who was unlawfully deprived of his or her job.

Firm sentences against entities for non-compliance with their contracts.

Resolutions against the Housing Department for illegal actions towards homeowners, etc.

The level of conscious compliance with norms and rules that we would have wanted to achieve in the XXI century is a utopia, and for many reasons, we Cubans have been moving from respectful to undisciplined, along with being trusting, subsidized, manipulated, passive and destructive people.

Incredibly, since we are children of the extremes, there is also an official tendency to be part of the problem, not a part of the solution. In addition to the fact that our judicial system has no agents with the official authority, in the name of justice, to enforce court decisions, sentences or resolutions.

The greatest danger lies in the near future. We all want the judicial restructuring of social infrastructure, property, constitutional rights, the restoration of safety and public order, of pardons, the restitution of freedoms and that the courts, as guarantors of legality, are respected and make themselves respected; otherwise, we would lose a large part of the core values that, as a Republic, we have defended so much, and that we Cubans want to peacefully reconquer.