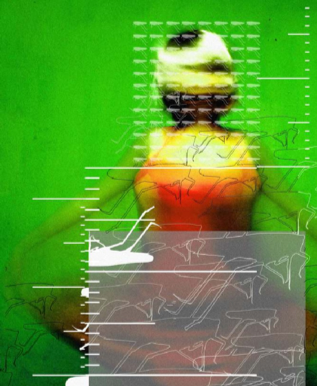 “Every frustration is the daughter of an excess of expectations,” a friend repeated to me when the forecasts of beautiful tints that I invent every now and then fell short. The last decades of my life — like that of so many Cubans — have been a kind of unfulfilled forecasts, scenarios that never materialize, and archived hopes. A sequence of cabals, rites of divination and staring at the moon, that collide head-on with the stubborn reality. We are a people of frustrated Nostradamuses, of soothsayers who won’t win at life, of prophets who weave predictions together, without getting any of them right.

In our national history the nineties held the greatest concentration of failed prognostications. I remember imagining people in the street, the shouts of freedom, the pressures of need and social misery exploding in a peaceful revolt that would change everything. I was a teenager and we were a beardless society… we still are. So the mirage of before and after, of an event that would again split the calendar of the nation, of our going to bed one night thinking of political change and before the sun set again it would be done. Like all immature people, we believed in magicians. In those who will come with a wand or banner or dais, to resolve everything.

And then it happened. Although it didn’t seem anything like what I had imagined. We had the Maleconazo in August of 1994, but what brought people to the streets wasn’t an attempt to transform the country from within, but rather to bypass the insularity and escape to another place. There was no flag waving, no shouts of “Viva Free Cuba!” Rather doors were torn off to make rafts with a long delayed goodbye on our north coast. My wise friend repeated it… “I told you, you’re disappointed because you always expect too much.”

Two decades have passed, our society never matured but some stubborn gray hairs started to appear on my head. I now know that between desire and events most of the time there is a divorce, an uncomprehending widow. I became pragmatic, but not cynical. Everything I learned about reality — paraphrasing a good poet — was not everything there was in reality. When I woke up thinking “this system already died,” then its capacity to be the “living dead” for fifty-four years bit me.

So now I’ve stopped believing in the solutions accompanied by smiles and hugs in the street. Hard times are coming. The transition will be difficult and there won’t even be a day to celebrate it. Most likely there will be joy and singing. We have been late to everything, even change. The images of the Berlin Wall falling to pieces were only possible once. For us, and here I venture another prophecy, there will be a gray transformation, without snapshots to record it.

One day we will look back and realize that the Castro regime fell or simply ceased to exist, taking with it the best years of my mother, my best years, the best years of my son. But perhaps it’s just as well, not having another January first, no photos of Greek-profiled gentlemen with pigeons perched on their shoulders. Perhaps a change that goes through the waters of apathy is better than another carnivorous revolution that devours us all.

Afterwards, afterwards there won’t be much time for festivities. The bubble of false statistics will pop and we’ll be struck by the country we actually have. We’ll realize that the infant mortality rate isn’t what we’ve been told all these years, that we aren’t the “most cultured people in the world” and that the nation’s coffers are empty… empty… empty. We will hear a chorus of “with Raul Castro everything was better.” We will have to start to change the name of the Stockholm Syndrome and relocate it to this tropical geography.

Responsibility will come, a concept few are prepared for. Taking over our own lives and putting “Daddy State” in its rightful place, without protectionism but also without authoritarianism. Democracy is profoundly boring, so we’ll get bored. That permanent fear that we listen to, that panic that a neighbor or friend could be an informer for State Security, will no longer exist. Then we will see if we dare to say out loud what we are thinking, or if we prefer that the politicians of tomorrow can comfortably manage our silence.

The first free elections will find us arriving early at the polling stations, talking and smiling. But by the third or fourth time the turnout at the polls will be around half the population. Being a citizen is a full-time job and, as you already know, we are not used to efficient and constant work, nor to tenacity. So eventually we’ll again delegate our responsibility to some “sweet talking” populist who promises us paradise on earth and assures us that in the dilemma between “security and freedom” he will be charged with enforcing the first. We will fall into his trap, because we are an immature people, a beardless people.

The scars will take a long time to fade, but the new wounds are rapidly appearing. This combination between high level professional and low level ethics will be a bitter pill for us to swallow. It wouldn’t surprise me if we become an emporium of drug manufacturing and trafficking. This would be another of the many legacies left to us by the Castro regime: a predatory people, where the word “values” is uncomfortable… and unnecessary.

Lurching to the fiercest consumption also seems inevitable. Years of rationing, shortages and pitiful goods with outdated labels, will make people hungrily throw themselves at the market. Time will pass before we see environmental movements, natural food movements, or we are called to moderation and to not be wasteful. The appetites to have, to buy, to show off, will skyrocket and will also be a part of the sequels left to us by a system that preaches austerity while the higher ups exercise hedonism.

We will see them mutate, like chameleons swearing “I never said such thing.”  We will watch them exchange ideology for economics, their Manual of Marxism for a Guide to Business, their olive-green uniforms for suits and ties. They will speak of necessary reconciliation, of forgetting, and remind us that “we are all one people.” They will go from acts of repudiation to amnesia, from spying to continuing to spy because once an informer, always an informer.

Every person who was once critical of the government will be, for these “converts” of tomorrow, deeply uncomfortable. Because to look at them will be a reminder that they did nothing to change things, that, from cowardice and opportunism, they kept their mouths shut. So among their objectives will be to bury what was once the Cuban dissidence. They will use it and set it aside. We will hear stories of people beaten and incarcerated being told by the forgotten old men of social security; like today we see Olympic boxers begging on the street. The medals of the past will be offensive to the cynics of the future… there will be no space for heroism, because it’s uncomfortable.

The dates celebrated in the textbooks will change. Many statues will be removed and in their place they will erect some whose names we will have to learn and at whose bases we will have to leave flowers on their anniversaries. One epoch will be replaced, another will be established. With all those who will then say they were opponents and helped “to overturn the Castro regime” we could, right now, establish a civic force of millions of individuals. There will be a competition to see who is more responsible for the change and has more medals to hang on their lapels.

I look forward to reading proposals and platforms that address the dilemmas that will confront us one hour after the coffin of this so-called revolution rests under the earth. Where are the programs for that moment? Are we prepared for this gray change, without heroes or falling walls, but that will inevitably come to pass? Do we know how we are going to face the new problems that will arise, the problems that will appear on all sides which are here now, but muted and distorted?

If we prepare ourselves for the worst case scenario, it will be a sign of maturity that will help us overcome it. The civic network will play a key role in any case. Only by strengthening this civic structure can we stop ourselves from falling into the arms of the next political hypnotist or into networks of chaos and violence. We are not looking for presidents — they are already here — we are looking for citizens.

Let’s forget the river of people celebrating in the streets and the Ministry of the Interior opening its archive to find out who was and wasn’t an informant. Most likely, it won’t be like that. The enthusiasm for public demonstrations is exhausted and the most revealing documents will no longer exist, they will have burnt them or taken them. We have come late to the transition. But that doesn’t mean it will go badly for us, that we will regret taking it on.

We can, this at least we can, start from scratch in so many things. Drinking in the experiences and disasters of others; realizing that we have the chance to sow the seeds of democracy in world where so many try to straighten a trunk that was born crooked. If our change turns out badly, we will have half the planet pointing at us and asking, “Is that what they wanted for Cuba? Is that the change they yearned for?” With no apologies, we have a responsibility not only to our nation, but to the better part of humanity that believes it can still transition successfully from an authoritarian to a participative system.

Realization is the daughter of a difficult challenge

I know what my skeptical friend will say when reading this article. He will chuckle and say, “Even when you’re pessimistic you’re still a dreamer.” But he will also recognize that I am no longer that teenager who hoped to one day wake up to cries of joy in the street, to join the crowd and head to the statue of José Martí in Central Park. I know it won’t be like that. But it can be much better.