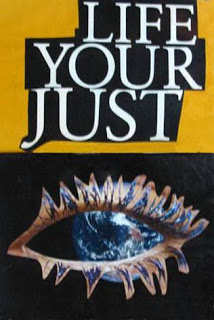 Night of this night

Reading Viktor Frankl in a corner of Havana is a frightening act. Those Viennese psychiatrists can mess us up even more –us, disinhabitants of a disappearing nation. Havana, keep us from exiting the hysterical spell of our depression. Catatonic Cuba.

It’s eight in the evening and it feels already like midnight. A deadly Wednesday. There’s a thundering silence. The air is dense and yellow, like volatile pus. The trees bend over under the weight of a sadness without any other cause than lack of love, cowardice and hate. I myself cannot escape that terminal-phase trio either. I shouldn’t be alive at this point of comic-strip history. Surviving has been my worst humiliation. I don’t love, I’m a coward, I hate them. Not you.

I read and I then speak the words out loud for nobody, sitting at the grocery store in ruins on the corner of 21st. and F, waiting for nothing and no one: “A prisoner in a concentration camp is savagely afraid of making a decision or taking any kind of initiative”.

The Austrian, of course, is talking about me. His logotherapy in this worldly hour is perfectly dysfunctional. Cuba does not fit into a concentration camp. Cuba is if anything an anti-gravitational field of pure dispersion, inverse magnetism, evanescent memory, a-biographical oblivion, a country without people in a state of total weightlessness. Help me, in the unfamiliar name of Viktor Frankl. Leave me with your own name, unrecognizable.

I wait, I send  messages on my mobile phone. Time collapses between one text and the next. How desolate, everything. I don’t remember who I was. I don’t even know whom I’m addressing. And yet I cannot stop thinking. Around me things happen, objects, muffled sounds. A theater of operations, a scene just prior to the nuclear bomb. A beautiful sight, this puppet fascism of our Cuban 21st century. I am trapped in one solitary image of the labyrinth, in a sort of subrogated salvation. I feared it from the very first flash, that homicidal summer. I should have disappeared, shouldn’t have insisted. I’m lost. I flee but am not able to escape. My guts are unforgiving. I’m shaking. It’s noticeable. My heart regains its furious pace, like a kicking horse under my ribs. The vision of you gives me vertigo. I am risen. I’m sorry, it is true. I fell in love.

I close “The man in search of meaning”. To hell with the world. Death to love. I’m off. To nowhere. Life is always nowhere to be found.

I enter, ghost-like, through the airy eaves of Edificio Arcos, gloomy ship from another, no less vicious era. This is all crashing down. The architecture, the tentative night, the desert city, deserted, the remains of my country, you. Everything falls by its own lack of weight. I used to think that no one was ever going to dazzle me in this sham of a city. I was wrong. I used to think that light lacked speed. That the elemental particles could not be so… elemental, inevitable. That the stars would not have one more laugh. Among other laughable metaphors, as always befits love when it is not love of Cuba, but of a terminal Cuba. I was so wrong.

On the stairs down there sits a broad untangling her hair. Long, miles long. Black. She is Indian. She spreads her legs wide and from a distance I see her underwear. Blue panties. Fierce, generous, airing themselves before plunging back in the faint light of her ramshackle room. The birth of the world between her aboriginal creek haunches, sioux sex. I immediately desire her –I think– maybe she’ll look up and make me an obscene sign. Behind the window grille, facing the void, some immemorial ladies –not a few of them in wheelchairs– fleetingly appear. Dirt, divine wonder, deception, death and more death. I think: I feel so old, we are a confraternity of corpses fallen from another time. A very tall thin guy drags his two plastic garbage bags up to the overloaded container, his fleshless arms open in cross like a scarecrow christ. I think I’d rather not have been born than to end up being him: maybe I’m already him and don’t know it. Under the lamppost, at the arcades’ bend, some fellows chat, shirtless. Blacks galore, a la carte, squared, cubed, cuba-esque. They give me a suspicious look. I’m a pale-face stranger, I could even have come here to tell on them. And they are right, my anxiety is that of a perverse spy. Of a monstrous, lonely child who rushes by, just in case, in case the flies, in case the worms, in case you… I crush Viktor Frankl into my backpack and finally move on.

I sweat. I stink. I’ve spent a whole day on Cuban streets. Perhaps it is a privilege that most exiles will never have. For me, it is a curse. What am I saying. I contradict myself. I walk through hanging inner backyards. I come out on a nameless sidewalk. I’m on 19th Street, one of the most beautiful in this well-swept-away neighborhood of El Vedado.

On the horizon, cables and midget skyscrapers. I play some classical music on my iPod. I sink to the bottom of my earphones. Cello strings grated, violently plucked –but the melody’s so tender. Beauty is guilty of all kinds of wild abuses. “No one used to live there without someone else dying”, quite the same in world-war Europe as in these Havanalager, where spiritual extermination is such that no psychiatrist will ever dare to analyze it and put his conclusions in writing.

Havana parades live in front of Orlando Luis and his eyes inevitably begin to crackle. I wink, I radiate brilliance. I am a grimace of gas, my anguish clotted in my throat, my cheeks, under my breastbone. I just remembered that I’m dead and only for that reason I’m immortal. I weep. I weep meekly, without tears. I beg your pardon. It is my democratic right. My quota of incivility. I now know that I will be a witness of these intolerable times until their very end. Come. I stayed. I breathe. Little by little the landscape is inversely reflected in my lungs. And I walk away, sterile energy among the taxicabs and buses on G street, free at last, illiterate, there where you never made it to. Where tomorrow my footprints will again meekly await you. I am domesticated, I couldn’t avoid it, “though the best amongst us will never return home”.

At the corner of G and 23rd. the Cuban Kameradenpolizei ask for my ID. My long hair and my lost look in the midst of paradise well deserve identification. A number. 71121011680. A mad cipher so that the revolutionary State or God’s conservatism know, on this night without a night, who I am.