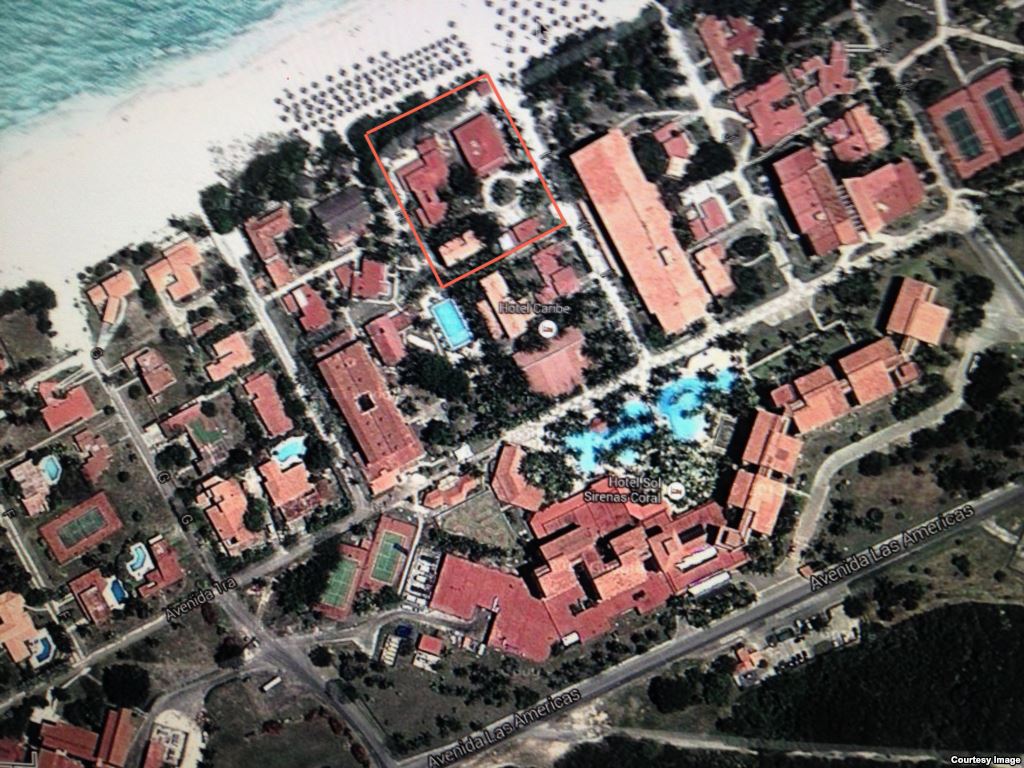 We are almost at 31st December and in all the world people celebrate that holiday. In Cuba, the incoherence of our life obliges us, at midnight, to make a toast and express our wish that the next year, 2014, will be better and less painful for the prisoners, the ill, and for all those people who, without much choice will receive the coming year awaiting a call or a hug from those people who cannot be here. For everyone, a prosperous new year.

The president of the Republic of Cuba as you would expect, will also celebrate this date, receiving a select and chosen group of friends, the first day of January, and with that, the coming of another anniversary of the Revolution, number 55.

Yes, Raúl Modesto Castro Ruz will welcome in 2014 in his house in Varadero. In his private villa, or, rather, in the complex of houses which make up the “discreet” and modest mansion, recently done up for the occasion.

All prepared with punctilious care. The doors and windows (made by KÖMMERLING) imported from Germany and installed afterward by trusted specialists in this shameless summer house, for family recreation. Appropriate for a great leader who publicly advances a stubborn policy of austerity.

The menu is no problem, in the purest and most exquisite Parisian style, with island tweaks. The culinary offer will be professionally served by glove-wearing waiters, and supervised by an official of the FAR (Cuban Revolutionary Armed Forces),whom they call Albert Einstein because he has no talent, and who authorised the music to be provided by an orchestra of such cultural ineptitude that they played recorded music instead.

And, how can we speak of the food without mentioning the guests? Right, we will take it one step at a time, because the story still has some unknown quantities.The current president of the Bolivarian Republic of Venezuela, his majesty Nicolás Maduro is expected, and, they say, the Ecuadorian head of state, his excellency Rafael Correa. Friends whom they will put up in the recently repaired guest houses, inside the private villa.

And the drink won’t be lacking, catering for all tastes, there will be drink waiters, equally trustworthy, for whatever last-minute fancy. And for those drinkers who lose it after drinking too much, they will serve a reinforcing consomme with meat and chicken and lamb. To finish the night, or start the day as the case may be, they will provide beautiful white deckchairs, in the Mediterranean style, on the sand.

If there are any snags with the party, or if at the last minute they change the plans due to my fateful indiscretion, you need to know that I was happy to break the secret, but the credit isn’t mine, rather that of an army of idiots wearing sunglasses who made it impossible to hide it.

Now I remember the braying, sorry, the speech of the comrade General when he predicted, during the recently-finished second regular session of the 8th term of the National Assembly of Popular Power, that in 2014 we hope to get to a prosperous and sustainable socialism, less egalitarian and more just, with new targets and more sacrifices. The politics of obsolete octogenarians racing against the calendar.

Tomorrow we will drink a toast to all Cubans, those who are here, those who are there, and those who are over there. And we wait for the new year with the absolute conviction that our day is just around the corner.