The majority of the Cuban community will celebrate Christmas and the advent of the new year, unaware that a political prisoner, David Piloto Barcelo, is serving his punishment in the worst conditions, for defending his unobjectionable right to choose a president, to openly criticize government conduct, to protest, to demonstrate, to join the party that better fits him, etc.

Possibly also, the majority of Cubans will die without testing the state of rebellion and liberty that being an activist in opposition to the dictatorship offers.  Piloto Barcelo practices it daily, his screams against the henchmen that mistreat us day after day in the prisons, could be heard in Prison 1580.

From my barracks, some thirty meters away from his, with several walls and roofs in between, his voice arrives full of truths against the executioners in each arbritray action or appearance.  His protest is constant, all in spite of his precarious health. He contracted tuberculosis in their cells, and not even that condition has impaired his upright posture as permanent opponent. His crime: demonstrating on “Revolution Plaza” and throwing leaflets demanding the freedoms of which they deprive us.

Some days ago Piloto Barcelo was transferred to Cinco y Medio Prison in Pinar del Rio. That is another punishment that he will have endure far from his family. What is left, because after the State Security threatened his mother, she suffered a heart attack, and it killed her. Now his sister will have to travel to that distant place in order to provide him with what is necessary to survive, because otherwise we die.

And it is not that being happy or eating turkey on Christmas is a crime; may those happy ones who manage it multiply until all Cubans can do it in their own land; but do not forget that someone suffers for you at this moment, and that he is also summoned, from wide ranging possibilities, to fight and give tribute to these human beings that have preferred the sacrifice before the pleasure.  And that self denial is for the good of all, because when Cuba is free, we will enjoy it equally. 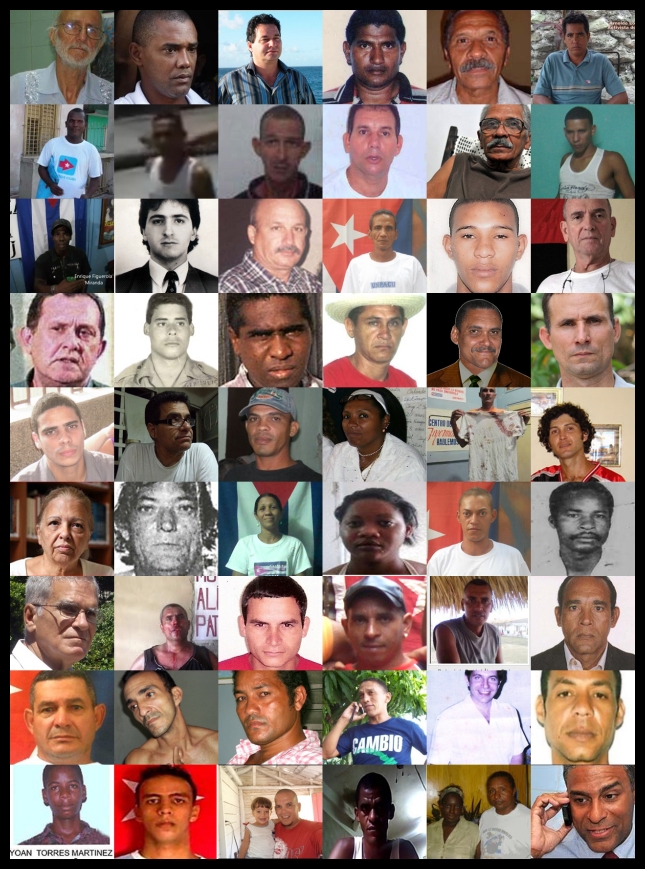 Even so, to everyone Merry Christmas and Happy New Year!